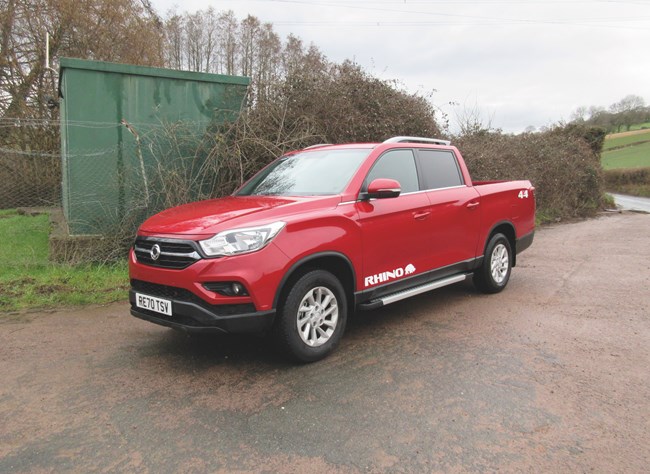 Ssangyong looks as though it may be having the last laugh as far as the pick-up market is concerned. While Volkswagen and Mercedes-Benz are far more familiar brands, they have both left the sector, while Mitsubishi – well known for the L200 pick-up – is pulling out of the UK entirely.

It is not hard to see why Ssangyong is staying the course. Though the marque may be unglamorous and lacking in street cred, its pick-ups are well built, well equipped and – most importantly – attractively priced. Mercedes-Benz’s now-departed X Class may have had the kudos of the three-pointed star, but it was eye-wateringly expensive.

Last year Ssangyong announced the introduction of a new Musso 4x4 double-cab, four-door, five-seater pick-up for the UK market, adding the long-wheelbase Rhino to the line-up. It has a cargo bed 310mm longer than the one found on the standard model, which means it offers an impressive amount of space, with payload capacity boosted by up to 45kg.

It comes with the same 181hp, 2.2-litre diesel as the short-wheelbase models, with a six-speed automatic gearbox included in the deal. Its shorter stablemates are available
with a six-speed manual box as well as the automatic, and come with the choice of EX, Rebel or Saracen trim.

The Rhino is marketed with one trim level only – and it’s at the top end of the scale. It was the Rhino that What Van? tested. So how did we fare?