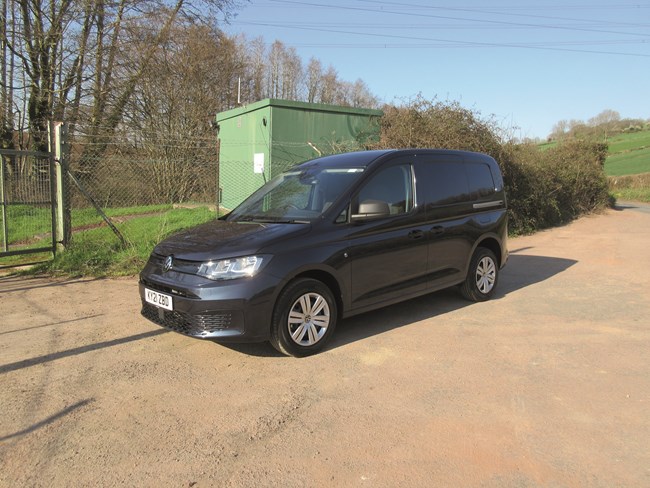 Question: What’s a Modular Transverse Matrix? Answer: It’s the platform that underpins most of Volkswagen’s cars, including the hugely successful Golf, and is used to support the latest Caddy.

Now in its fifth incarnation, and produced as a passenger carrier as well as in van guise, the newcomer features a restyled exterior. The changes to the interior include a new electronic handbrake as well as new driver assistance systems.

Also included is the availability of Travel Assist, which uses adaptive cruise control and lane keeping assistance to keep your VW centred in its motorway lane and at a safe distance from the traffic in front of you. It is a Level 2 Advanced Driver Assistance System (ADAS) and requires drivers to keep their hands on the wheel at all times.

On offer too is Trailer Assist, which helps you when you are trying to reverse with a trailer attached. VW has also developed a braking-when-turning function. It should stop you from accidentally driving into an oncoming vehicle’s path.

Power comes courtesy of a trio of new 2.0l TDI diesels at 75hp, 102hp and 122hp, plus a 1.5l TSI turbocharged petrol engine at 114hp. It comes with Active Cylinder Technology as standard, which means that two of its four cylinders disengage when the vehicle is lightly-laden to save fuel.

A six-speed manual box comes as standard across the range, and both the petrol engine and the most powerful of the diesels can be specified with a seven-speed automatic dual-clutch Direct Shift Gearbox. The 122hp diesel can additionally be ordered with 4MOTION 4x4 drive.

There’s no electric version, but VW does, of course, have the somewhat larger all-electric ID Buzz Cargo in the pipeline for next year. Caddy is being marketed as a plug-in hybrid in mainland Europe, but there is no indication as to whether it will appear in the UK.

A new, rigid rear axle has been installed with a Panhard rod guided by trailing arms and coil springs replacing leaf springs. The aim is to improve the ride and save space without compromising the van’s carrying ability.

MacPherson-type struts help to support the front of the vehicle.

LED tail-lights are to be found on some models and VW is laying great stress on the newcomer’s connectivity.

An eSIM is fitted as standard and can summon help from the emergency services automatically if you are involved in a collision. It also means that the van can be linked to the driver’s smartphone under the We Connect banner – free-of-charge for the lifetime of the vehicle.

It includes a parking position finder, which guides you to wherever your Caddy has been left.

Free-of-charge for the first three years on all models with a sat nav, We Connect Plus delivers a range of features. They include an anti-theft warning system, which alerts you via your smartphone if somebody is trying to pinch your vehicle.

Boasting improved aerodynamics, which should translate into lower fuel consumption and CO2 emissions, the newcomer is longer, wider and lower in height than the old model, with a longer wheelbase. The load area’s internal height is nevertheless greater.

While these improvements are warmly welcomed, a clear drawback is that the newcomer’s load area is smaller than its predecessor; 3.1m3 compared with 3.2m3. Cargo Maxi’s is down from 4.2m3 to 3.7m3. The shrinkage is modest in the first instance but much greater in the second, and we cannot help but view both reductions as retrograde steps.

Payload capacities range from 606kg to 700kg; below the ratings on offer from some of Caddy Cargo’s key rivals.

So far as the van is concerned the specification walk is Commerce, Commerce Plus and Commerce Pro. We opted for a Cargo in Commerce Plus trim with 122hp on tap.