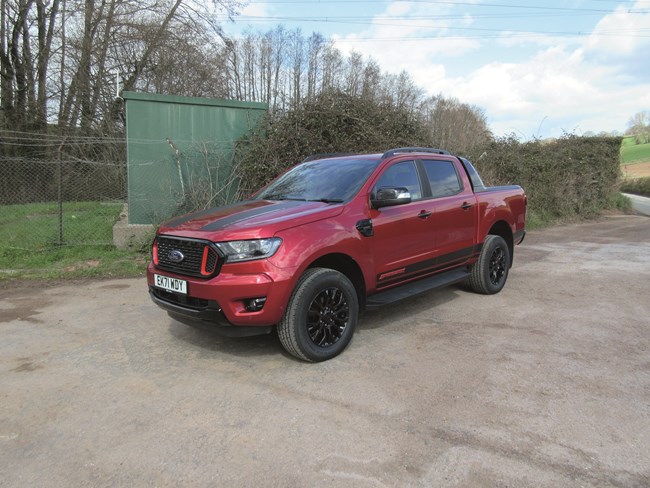 Ford is clearly determined to take full advantage of the yawning gap left by rival manufacturers (Nissan, Mitsubishi, Mercedes-Benz et al) that have decided to depart from the purpose-built 4x4 pick-up market. It has been doing so by promoting a group of Ranger four-door five-seater double cab special editions – Raptor, Wolftrak, MS-RT and Stormtrak – designed to suit different tastes and pockets.

We opted to sample the Stormtrak – and it’s not a vehicle to be seen in if you happen to be shy and self-effacing.

Finished in red, with red highlights on the grille, it comes with black decals on the bonnet, body sides and tailgate, chunky three-dimensional Stormtrak badges and red-illuminated Ranger sill plates. What Ford describes as a sports hoop is mounted behind the cab and boasts a light.

Ford has never been a manufacturer that stands still and a new Raptor will appear towards the end of the year powered by a 288hp V6 petrol engine; yes, you read that correctly. Businesses that acquire one will not be able to reclaim the VAT as its payload capacity is less than 1,000kg, which leads one to the conclusion that it is aimed at a coterie of well-heeled leisure users; remarkably well-heeled given the price of a litre of unleaded.

The new Raptor will use the same bodyshell as the Ranger due in 2023 developed as a joint venture between Ford and Volkswagen; VW’s version will herald a return of the Amarok badge.