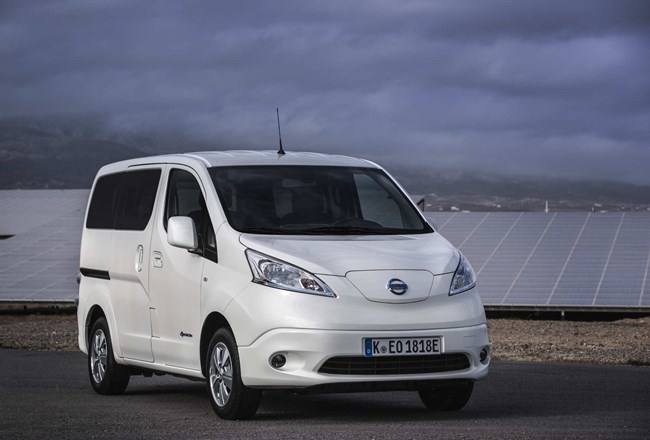 Leeds City Council is a local authority in a hurry to reduce its carbon footprint.

Under the leadership of Terry Pycroft, who has headed the council fleet for the past 13 years, it has an ambition for all of its fleet to be made up of ultra-low emission vehicles (ULEVs) by 2025.

Pycroft’s stated mission is to search out new alternative-fuelled vehicle technologies and new processes to improve the air quality in Leeds in order to reduce the harmful emissions of the council’s fleet as far as possible.

Leeds City Council already operates 44 electric vehicles with a further 51 on order. It claims this will make it the local authority with the largest electric fleet in the UK. By 2020 its goal is to increase its number of EVs to almost 300, if service requirements permit.

With electric LCVs becoming a more common sight in urban environments the council has adopted a strategy to establish a charging infrastructure that can cope with growing demand and has so far installed 107 charging points across its area of jurisdiction.

It has recognised that not all charging will be done at its depots so instigated a pilot project that is aiming to increase home charging options for Leeds City Council employees.

The scheme is also designed to ease the pressure caused by the fact that many sites only have space to charge a single EV. Multiple numbers of charging points require additional power upgrades and costly infrastructure work so it was apparent that the numbers of electrical vehicles on fleet would be limited unless other solutions could be found.

The pilot is seen as part of the strategy for fleet replacements long term and belongs to an innovation project supported by the council’s environmental programme board.

A home charging trial was undertaken with 10 EVs covering multiple service areas and roles and the council claims to have received positive feedback from both services and drivers alike. Having proved a success, the initiative is geared up to be rolled out further, with more charging points installed at employees’ homes.

The council is also fitting telematics systems to all the vehicles across its fleet and will use the data gathered to further improve intelligence around vehicle usage, driver behaviour and routing to deliver more cost- and emissions-savings strategies.

Following a successful trial Leeds City Council placed its order for 44 Nissan e-NV200 vans in 2016, equating to 16.5% of its 267-strong van fleet. One of the electric vans is in service with the Leeds Teaching Hospitals NHS Trust.

Due to its pioneering work with EVs, Leeds has become the go-to council for other private and public sector bodies looking for advice and support to green up their acts. In July 2018 it hosted the Green Fleet event at the city’s Elland Road stadium, which was attended by 130 delegates from local authorities, private hauliers and local taxi organisations.

Pycroft has made demonstrator EVs available across all the authority’s divisions to raise awareness and even to staff who do not use fleet vehicles but commute to work in the hope of inspiring a step change in EV adoption.

Leeds City Council is due to introduce a Clean Air Zone (CAZ) for 1 January 2020 to meet government stipulations on air quality. All vehicles on the council’s fleet will need to be compliant with the CAZ. While most already are, any fleet vehicle purchased in future has to meet a minimum requirement of a diesel Euro6 standard. Wherever possible, the council intends to better this standard by procuring alternatively-fuelled vehicles.

Gnewt Cargo is a last-mile logistics company that operates in the central London Congestion Charge zone and uses a fully electric fleet of over 80 LCVs, which it claims is the largest 100%-electric fleet in the UK.

It was founded with the mission to disrupt the logistics industry for the better and reduce pollution while delivering better performance and door-step experiences than any of its competitors.

In the summer of 2018 Gnewt secured its first major direct retail client, Asos. Customers now receive real-time information on their deliveries and are told they will be made by electric vehicle, an industry first.

Depending on time of year Gnewt delivers between 3,000 and 20,000 parcels every day, and plans to grow the operation nationally to all the UK’s major conurbations.

To date, the company has delivered more than nine million parcels emissions-free, making it the greenest and most environmentally conscious delivery firm in the country. 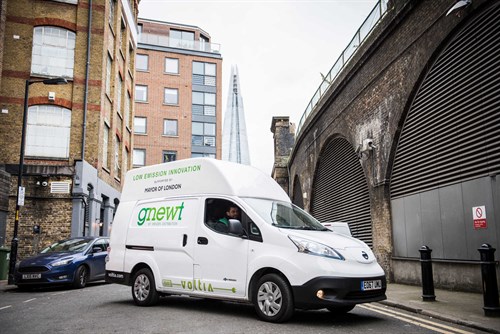