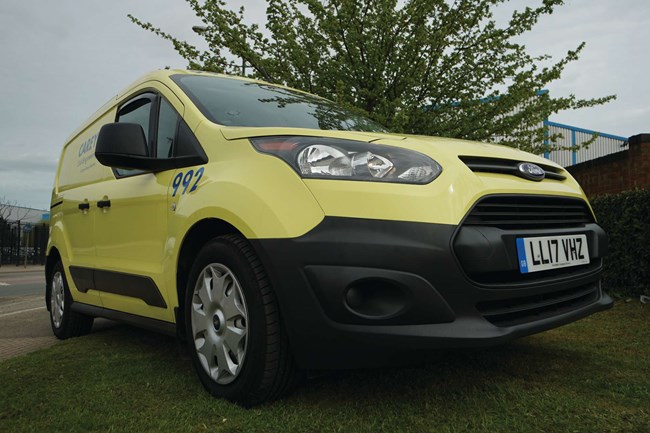 Construction industry contract hire company Careys Plant and Fleet is unstinting in its efforts to ensure the drivers of its 360 vans remain safe and do their utmost to drive in a way that ensures the safety of other road users too.

Careys is a member of Brake Professional, the  not-for-profit membership service for fleet operators and suppliers, which is a division of Brake, the road safety charity.

The service provides its members with training, tools and guidance on fleet safety best practice.

Established as P.J. Carey Plant Hire in London in 1969, the firm secured a major house-building contract in the development of Milton Keynes before diversifying into wider civil engineering disciplines such as highways and infrastructure. Careys moved to Wembley in 1988 and has continued to expand ever since.

Over the past two years it maintains that a strategy of encouraging driver engagement and creating the correct behaviours has been key in helping to cut incident frequency within its fleet.

The firm set up a five-strong driver working group made up of people from across the business and set about examining the vehicles used on the fleet. This led to a decision to standardise on a single brand, Ford, to facilitate gaining a clear understanding of the vehicles’ control systems and to simplify SMR on a national basis.

The result is a reduction in the vehicle types available across the group and the implementation of common standard features.

Careys’ light commercial fleet now comprises Ford Transit Connect light vans, both two-seaters and five-seat crew vans, Transit Customs with six and nine seats, and Transit chassis cabs and panel vans. All the vans have solid bulkheads between the load and the cabin, all are speed-limited to 70mph, and all are fitted with a GPS satellite navigation system.

The next step was to work on driver behaviour, as MD Gary Condon explains: “Training has been a key element in helping to change behaviour. We instigated a comprehensive vehicle familiarisation and vehicle hand over [programme] from the start and we monitor behaviours to help target training needs.”

Driver behaviour is monitored through telematics data with records kept of PCNs received, high mileage frequency and accidents. The firm builds up driver scores and, if necessary, drivers can be fast-tracked into training.

Average daily mileage per vehicle has been cut from 140 to 75 miles by placing drivers at work sites closer to their homes, which has a positive impact on both safety and the fleet’s carbon footprint.

Driver training takes two forms: a one-and-a-half-hour assessment with a qualified instructor, which can be followed up with a more focused session that takes place over half a day, again under the guidance of the instructor.

The driver is shown how to complete vehicle checks and is provided with a Highway Code and a copy of Careys’ driver handbook.

Over the past year Careys has been running a driving campaign across the group that includes DVDs and driving posters. This has been communicated through the company’s internal portal called Careys Connect. By using this portal, fleet managers can monitor the system and produce monthly reports of driving standards. This communication not only targets company vehicle drivers but all staff across the group, and employees are also encouraged to share this information with friends and family.

The tangible result of Careys’ investment in driver safety is that accident frequency rates have diminished over a five-year period during which the fleet size has doubled.

More recently, at-fault incidents fell from 26 to two between 2017 and 2018 while total accidents dropped from 65 to just four.

Quartix makes vehicle tracking and telematics solutions and has been awarded a Highly Commended for its Safe Speed Database, which processes more than 30 million data points per day from fleet drivers to provide what the company calls ‘contextual speed scoring’.

Quartix argues that speed limits are a poor measure of risk, and that the appropriate speed for a given stretch of road is often considerably lower than the statutory speed limit, particularly in rural areas.

Using Safe Speed data, a business can identify drivers who are taking risks. Unsafe driving behaviour can then be addressed and training plans put into place, reducing the number and severity of road accidents across the UK and supporting a firm’s risk management and cost-reduction agendas. 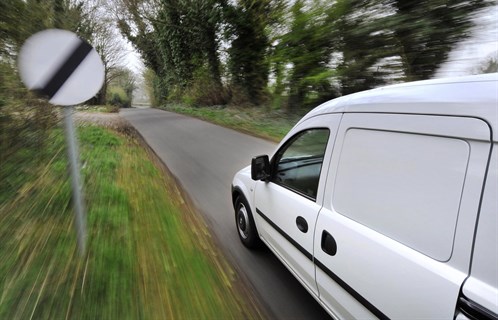