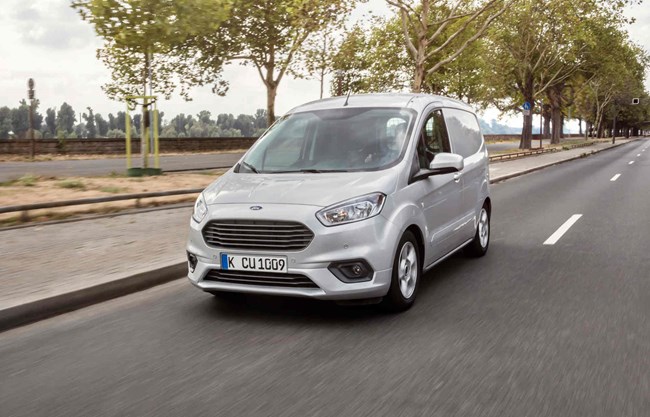 The Transit Courier has retained its title as What Van?’s Small Van of the Year in a sector of the market that although niche, has seen some comings and goings, not to mention second comings, in recent times.

With the disappearance of microvans from the market, despite the mooted return of Piaggio, and the withdrawal of the Citroen Nemo and Peugeot Bipper followed this year by Vauxhall pulling the plug on its Corsavan, it looked as though the Courier would be left with Fiat’s Fiorino as its only direct rival.

Now, however, the competition has got a lot closer to home with Ford’s decision to bring back its car-derived Fiesta Van just a year after scrapping it – a move that no doubt had something to do with the Corsavan’s exit.

Ford will be confident the two little vans can happily co-exist, and why not? The Courier is more van-like with superior loading capabilities – the Fiesta van has a payload of 500kg and a load volume of 1.0m3 compared to the 590kg and 2.4m3 capacities of the Courier – and revisions for 2018 should stand it in good stead.

The powertrain choice is between a 1.5-litre TDCi diesel unit or a 1.0-litre Ecoboost petrol. Ford has tweaked them to meet Euro6.2 emissions standards and as a result the 1.6-litre unit has gone from the line-up. Now buyers get the choice of either a 75hp or 100hp diesel or a 100hp petrol, all of which come with a new six-speed manual transmission as standard.

The front has been redesigned to underline the Courier’s platform-sharing link to the Fiesta, so there’s a new grille and reshaped lower fascia section, which restores harmony to the appearance of the complete Transit range.

On the inside there’s a redesigned centre console that now incorporates a much larger colour touchscreen, which sits further forward and more upright in the cabin. There are Base, Trend and Limited trim variants that add progressively more equipment, while a new Sport trim not only adds exterior contrast strips but also red contrast-stitched leather on the inside.

The general shape and architecture of the dash is broadly similar to the outgoing model, but the control buttons are neater and no longer fan upwards mimicking the vertical vents. It’s a more sophisticated place to be, which is improved further by Ford’s Sync 3 infotainment system on the top-spec vans. Range-topping Limited and Sport variants get a 6.0in screen, while the Trend models make do with a 4.0in version. Base buyers will have to make do with only DAB and no touchscreen.

The highlight of the Courier has always been its exceptional handling and comfort. The steering is sharp and informative, while the suspension treads a neat balance between comfortable and communicative. The 1.5-litre engine seems quieter, and the 100hp engine in particular is suitably spirited for such a small van.

The new gearbox too is a fine improvement. The change is slick and smooth, but it’s the addition of the extra ratio that makes all the difference, as the engine revs at cruising speed are much lower. Consumption is slightly improved as a result, with a claimed 76.3mpg.

The Italian brand’s impressive compact urban runaround captured the Small Van of the Year for 2017 following a facelift but has since slipped a little way behind the sophistication of the Courier.

Fiat can be credited with inventing the small cubed van shape that offers manoeuvrability in tight spaces plus useful load-lugging credentials, with a payload of 660kg and load volumes of up to 2.8m3 with the passenger seat folded down. Power comes from Fiat’s enduringly excellent 1.3-litre Multijet 11 diesel with outputs of 80hp or 95hp, and a 77hp 1.4-litre petrol unit is also available.

Specification levels are Standard, Ecojet, SX and Adventure. Designed to keep you rolling in moderately slippery conditions, the last in the list comes with mud and snow tyres, raised suspension, a front bumper with a skid plate, a Traction+ electronic diff lock, and extra body protection. 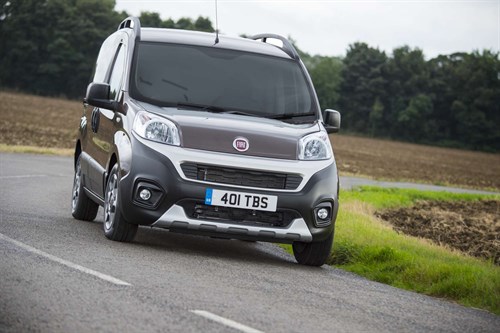