What Van? Awards 2019: Used Van of the Year - VW Transporter 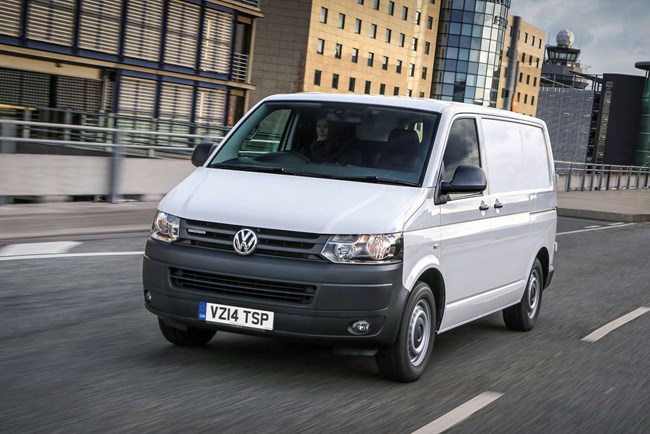 With the possible exception of the Ford Transit, VW’s Transporter is arguably the most iconic van in history.

It has been rear- and front-engined plus air- and water-cooled, been available in rear-, front- and four-wheel drive modes, sold as a panel van, minibus and window van and as a single-, double- and chassis cab, and marketed, of course, as a camper van.

Then came the sixth-generation T6, which appeared in Britain from 2016. Production of this version alone now stands at over half a million units. Load volumes go from 6.0m3 to 9.0m3, load lengths from 2.5m to 3.0m with single cabs, and payloads from 750kg to over 1,300kg. Power is from an upgraded four-cylinder 2.0-litre TDI unit. With the advent of Euro6 legislation it gave 102hp, then 150hp and 204hp versions joined in 2017.

Transmissions are five- or six-speed manual or a seven-speed DSG auto. Add 4Motion four-wheel drive and it’s quite a package.

Fantastic comfort and ergonomics are standard on all. Build quality is first-rate and the TDI powertrains are built for high mileages, with the DSG auto only needing cast-iron service history to keep it bulletproof. Most operators hang on to Transporters for a long time, which makes residual values very strong. All this makes it our top used van.

The Vivaro first appeared in 2001, with the current model launched in late 2013, boasting sharper styling – compared to the  rather hump-back whale-esque silhouette of the original – a revised 1.6 CDTI engine range offering more power and torque with less consumption, and a raft of vehicle safety and driver comfort measures.

Vivaros come in a choice of two body lengths of 4,998mm or 5,398mm, while the panel van is also available in two roof heights giving volumes between 5.2m3 and 8.6m3. Payloads range from 899kg to 1,281kg. Faults are few for this stylish, dependable van.

In terms of heritage the Vivaro is a truly international light commercial vehicle. Vauxhall’s Luton plant, which builds it, also created versions badged as the Renault Trafic and formerly the Nissan Primastar, and the site was previously the IBC Vehicles factory that assembled the Vauxhall (nee Bedford) Brava pick-up, which was  actually an Isuzu.