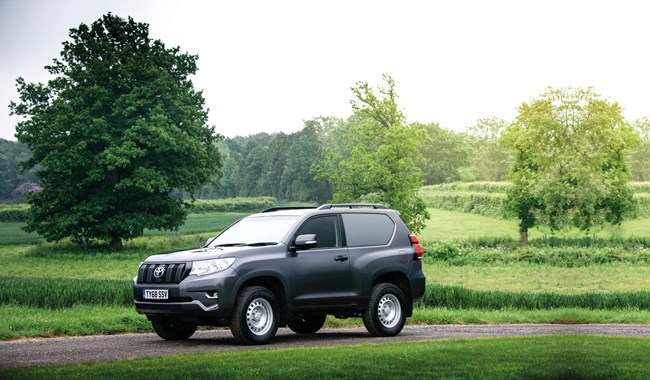 The 4x4 LCV segment may be a niche one, racking up only a fraction of the sales of the most popular vans, but its vehicles arguably face the most demanding expectations of any sector from their drivers – after all, they don’t want to end up stranded somewhere far-flung and inhospitable because their vehicle isn’t up to the job, something that isn’t exactly a regular concern of your average supermarket delivery driver.

To add extra appeal, Toyota subsequently supplemented the base-spec launch model with a higher-spec Active trim. Making its debut at the 2019 CV Show, this features equipment such as alloy wheels, satnav and a more comfortable interior. According to Toyota, the Active was introduced in response to customer demand for a higher-spec model.

Of course, while these luxuries are nice to have, they would be next to useless if the underlying vehicle wasn’t up to scratch, but the Land Cruiser’s fundamentals are very solid.

Available in short-wheelbase three-door and long-wheelbase five-door variants, it comes with a single engine option: a 175hp 2.8-litre, diesel, which offers up to 420Nm of torque.

This is paired with a six-speed manual gearbox, which comes with selectable low-range.

Combined with permanent four-wheel drive, a Torsen limited-slip diff, a 205mm ground clearance and 700mm wading depth, this allows the Land Cruiser to cope with the toughest of off-road conditions. Helping its case here are thoughtful touches such as a slanted cross-member, meaning it avoids becoming snagged on boulders, and the front and rear bumpers are also designed to slide across obstacles.

The Land Cruiser isn’t bad to drive on the road either, with solid handling and a ride quality that doesn’t suffer too badly for that go-anywhere ability. As for load-carrying, payloads are 593kg and 756kg with the short- and long-wheelbase versions respectively, while cargo area capacities are 1.6m3 and 2.2m3 (there’s also a 3.0t towing capacity).

The load bay sides are well protected against minor scratches and scrapes by a variety of plastic mouldings. A steel half-height bulkhead topped with a full-height mesh grille is also welcome, since it should keep any unsecured cargo out of the passenger compartment, and roof rails allow further carrying capacity.

Overall, the Land Cruiser Utility Commercial is a 4x4 that lives up to its 68-year heritage, making it a worthy winner of our prize.

Last year’s winner in this category, the Mitsubishi Shogun Sport Commercial, has to settle for the Highly Commended spot this time.

It still has plenty to offer, however, with impressive off-road credentials thanks to Super Select ll four-wheel drive and a Terrain Control System featuring modes for gravel, mud and snow, sand and rock.

It’s capable of wading depths of up to 700mm while approaching from 30° slopes, while when it comes to load-lugging, it can tow a 3.1t trailer, and has a payload of 600kg and a load space of 1.5m3.

The Shogun Sport Commercial is based on the underpinnings of Mitsubishi’s L200 pick-up, but with coil rather than leaf spring-based rear suspension. Power comes from a 180hp 2.4-litre diesel engine with 430Nm of torque, delivered through an eight-speed automatic gearbox. 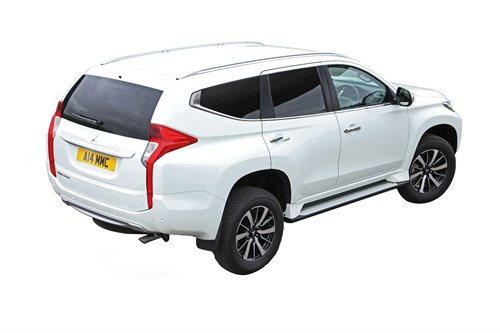