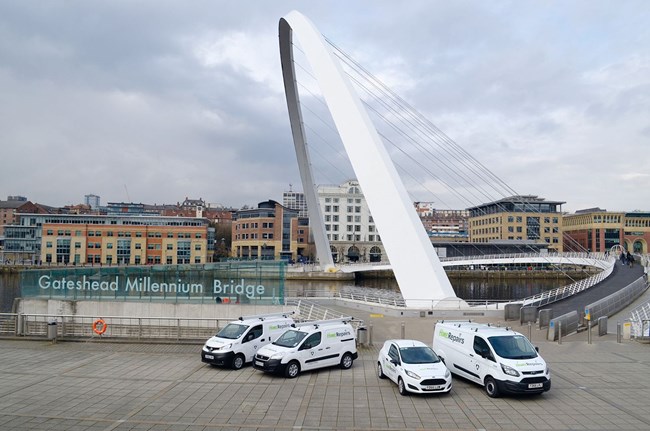 Graham Telfer has spent his entire career in transport and has used his expertise and experience to establish high standards of safety, efficiency and environmental awareness in his role as fleet manager at Gateshead Council in the north-east of England.

He has led the council through a review of fleet operations, including the introduction of initiatives to complement the occupational road risk policy, covering alcohol and drugs, mobile phone use, fitness to drive, incident reporting schemes, licence checking, personal safety, and carriage of passengers and goods. He makes time to keep close ties between drivers and managers through regular joint briefings and has developed myriad partnerships, including with road safety charity Brake, delivering presentations nationwide.

Partnership work has extended to Road Safety GB, the Energy Savings Trust and the Road Respect campaign. As part of national Road Safety Week and in conjunction with Gateshead’s Road Safety team, Telfer has arranged public HGV/cyclist safety demonstration events. He has also arranged and presented at events such as young driver workshops, and is a panel member on the Driving for Better Business programme, in which he contributes to policies and procedures.

Telfer has driven forward work to reduce mileage, consumption and CO2 emissions at Gateshead Council since the 1990s. His decision to buy Nissan e-NV200 vans to replace diesel LCVs is expected to save over 3,000 litres of fuel annually, while all refuse collection vehicles are now fitted with Bartec route optimisation technology in addition to axle load monitoring units. Vehicles continue to be operational for only four days a week to keep emissions as low as possible while still fulfilling their tasks.

His work in cutting emissions goes back a long way: he has been a member of the Low Carbon Vehicle Partnership since its inception in 2003.

He is also involved in hydrogen fuel cell technology research as a member of the Zero Advisory Committee and works to improve the EV charging infrastructure with the Plugged-in Places initiative and Joint Cities electric charging infrastructure programme. Gateshead’s fleet department also played a key role in the installation of a three-bay solar-powered charging station in the town’s Civic Centre car park to service EVs. Telfer also sits on the Clean Van Commitment panel, which encourages fleets to adopt EVs, and is a Logistics Emissions Reduction Scheme member.

Recent initiatives with the council fleet include fitting tracking devices to 400 vehicles, installing driver behaviour monitoring, instigating in-house training for drivers for towing and loading, the installation of 360° cameras, reversing alarms and rear-view cameras to improve safety on high-risk assignments, and putting 50 managers through O licence training. The council has also achieved accreditation on the FTA’s Van Excellence Scheme.

Telfer has made these improvements on a limited budget, and has shown that partnerships and sharing ideas, knowledge and resources can get results in today’s difficult financial environment.

Taking the runner-up spot is Steve Hobbs of BML Utilities, a former winner of the Fleet Manager Award.

At the beginning of the year Hobbs brought both BML’s fuel card provider and tracker provider under the auspices of Fuel Card Services, which is linked with best-practice scheme FORS, of which BML is a member.

Since installing the tracker with forward-facing cameras and with fuel cards linked to the telematics system, BML has seen a 12% reduction in accidents in tandem with improvements to fleet fuel consumption. Dead mileage has also been cut through more efficient use of telematics.

The company is able to collate reports on excessive idling and has managed to reduce emissions as a result. Hobbs has improved driver behaviour by introducing a league table, which rewards drivers for better performance.

Hobbs has focused driver training this year on both terror-related incident prevention and safe and fuel-efficient driving, to both increase awareness of potential terrorist threats while reducing environmental impact.

He has initiated an employee forum where all members of staff share ideas for best practice and provide input for fleet strategy. 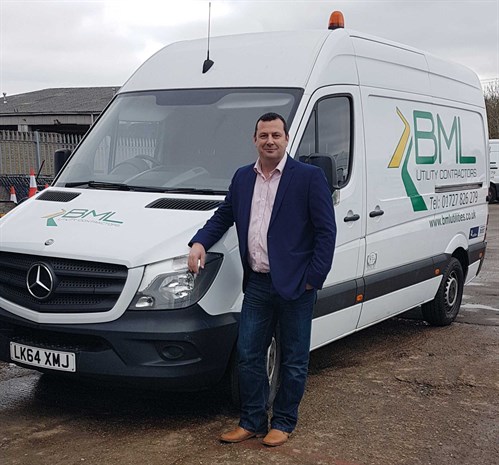