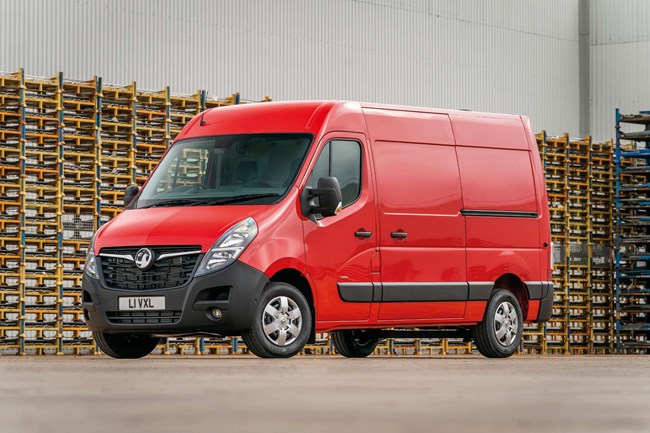 The What Van? Light Commercial Vehicle of the Year Award for 2020 goes to a pair of vans built on the same platform that could be described as unsung heroes of the UK’s large van sector.

The Renault Master first appeared in 1980, but since the second generation arrived in 1998 it has also provided a platform for the Vauxhall (and Opel) Movano. The two vans have often appeared to be overshadowed by high-profile rivals such as the Ford Transit and Mercedes Sprinter but are worthy of recognition in their own right.

Some Movano models used to be built at Vauxhall’s Luton plant but both vans are now assembled at Renault’s factory in Batilly, France. This arrangement, however, will come to an end in the not too distant future when the Movano will come under the umbrella of Vauxhall’s new owner, the PSA Group, and likely become a rebadged version of the Citroen Relay and Peugeot Boxer.

Therefore it feels appropriate to recognise the latest, outstanding derivatives of the Master and Movano (both models were heavily facelifted in 2019) at the What Van? Awards 2020.

It is, in fact, the second time the pair have shared the top prize, having previously scooped the Van of the Year Award in 2011 when rear-wheel drive was added to the third-generation line-ups.

Renault took the wraps of its revised Master back in April, revealing a handsome van sporting a restyled front end, with an elevated bonnet line and revised vertical grille, along with a new C-shaped lighting signature.

Changes have also been made to the cabin, including a revised dash and instrument panel, a fully integrated touchscreen and increased storage, up to 105 litres.

There’s a docking station for tablets in the centre of the dashboard, and depending on spec, R-Link Evolution and Media Nav Evolution infotainment systems are available, with Apple Carplay and Android Auto compatibility.

New LED lighting and entry and exit handles have been added to the load area.

Engines are 2.3-litre diesels, available with up to 180hp and, depending on the version, compliant with Euro6 or Euro6-Temp (6.2) emissions standards. These are paired with six-speed manual or six-speed automatic transmissions.

In addition to the existing lane-departure warning, rear parking assistance and reversing camera, the Master gets a raft of new advanced driver assistance systems (ADAS) to ease manoeuvring and enhance safety.

Rear-view assist, a first for the large van sector, optimises medium to long-distance rear visibility via a camera display on the upper part of the windscreen, while side-wind assist provides stability against side winds and is activated at over 45mph. It can correct up to 50% of the vehicle’s lateral deflection in extreme conditions.

Front parking assistance, blind-spot warning and the optional advanced emergency braking system (AEBS), which operates in urban and motorway environments, are also available.
Renault says a total of 99 versions of the facelifted Master are up for grabs, in either Business or Business+ trim levels.

Front-wheel drive (FWD) panel vans are generally more compact and come in L1, L2 and L3 lengths. They offer payloads up to a 1,623kg with load volumes going up to 14.8m3 while rear-wheel drive (FWD) versions, which are L3 and L4 lengths, offer a top payload of 1,207kg for 3.5t models and a maximum load space of 17m3.

The facelifted Master will also be available as a Z.E. electric model, with a 76hp electric motor and a 33kWh battery, with a claimed 75-mile real world driving range and a payload of 1,100kg.

Vauxhall’s Movano is available in four lengths and three heights, with a top payload of 1,500kg on the 3.5t van and maximum cargo capacity of 17m3. Vauxhall says 150 different versions of the Movano will be available, allowing for numerous conversions for specialist requirements.

Among the newly available features are a rear-vision camera system, giving a live feed to a 7.0in touchscreen. This will come as standard, as will a lane-departure warning system, and also tying in with the Master are a blind-spot monitoring system and side-wind assistant.

Options include comfort seats for the driver and passengers with adjustable lumbar support, with an air-cushioned driver’s seat also available.

LED lighting has been added to the cargo area, as have new handles on the side walls and pillars.

The Movano is powered by the same 2.3-litre bi-turbo diesels (twin-turbo in Renault-speak) as the Master, with power outputs ranging from 130hp to 180hp. These are homologated under the Euro6d-Temp or Euro5-ld emissions regulations, depending on whether they are light duty or heavy duty.

All models come with six-speed manual transmission – although a six-speed automatic is set to join the line-up later.

Brad Miller, Vauxhall’s LCV product manager, says that, as the preferred choice for fleets, the 135hp engine is the biggest seller, although it is not the most frugal drivetrain. That distinction goes to the 150hp unit, with best official figures (determined by WLTP data translated back for NEDC comparability) of 48mpg and 154g/km.

Vauxhall claims a 17% fuel economy improvement between the 150hp engine and its 145hp predecessor.

Having won the Light Commercial Vehicle of the Year prize, it follows that the Renault Master and Vauxhall Movano also took the honours in the Large Van of the Year category.

Movano prices (all prices listed exclude VAT) start at £27,745 for the smallest panel van with the base powertrain specification, while a long-wheelbase option with added height costs £31,600. 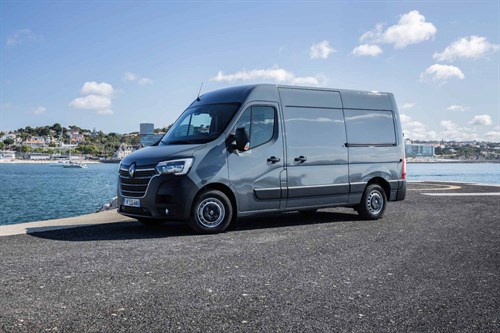 Turn the page for the Highly Commended