What Van? Awards 2020: Medium Van of the Year – Volkswagen Transporter 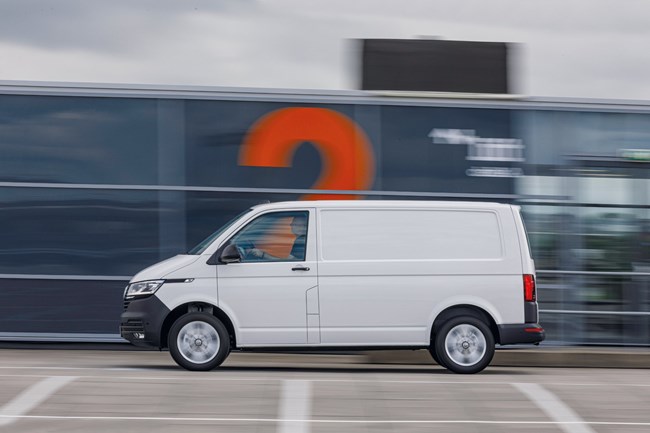 The medium van sector is the largest in the UK market and is the domain of almost all customer demographics, from the SME through to the fleet, municipal and rental segments.

Most van manufacturers have a contender and this award is keenly fought over.

Beating off some ardent competition to win the What Van? Medium Van of the Year 2020 Award is the Volkswagen Transporter. With over 60 years of heritage behind it, the Transporter has been regularly revisited by the manufacturer with facelifts that continually add new safety and technology features, together with the latest in driver aids. Despite these changes, Volkswagen has managed to retain the original DNA, which has helped to make the Transporter the best-selling van in history worldwide.

Despite the last facelift appearing  as recently as 2015 in the guise of the Transporter T6, the German brand is not one to rest on its laurels, and earlier in 2019 it released details of a relatively light overhaul of the Transporter range. Recognising that the changes perhaps don’t warrant the blessing of a T7 nomenclature and being very evolutionary rather than revolutionary, Volkswagen has labelled this refreshed van as the T6.1.

The latest Euro6d emission regulations (also known as Euro6.2) dictated that increased airflow was required to cool the engine. This led to the most noticeable change to the exterior of the van, with the redesigned front grille (combined with narrower headlights) substantially larger than its predecessor. This front-end redesign also extends to the front wings and bumper.

The van interior has a completely refreshed dashboard and there is now the option to specify a 9.2in touchscreen. Mechanically, the T6.1 has new electromechanical power steering in addition to a revised range of engines – these now span outputs of 110hp to 199hp, although notably Volkswagen has chosen to discontinue petrol power units due to a lack of demand in the UK market. The legendary DSG automatic gearbox continues to be available as an option.

With an all-electric van in the pipeline, Volkswagen continues to evolve the Transporter not only to take into account the availability of new technology, but also changing customer demand due to environmental issues and new and impending legislation. In addition, the firm has invested heavily in its dealer network of late, providing critical aftersales support to fleet operators and the small business alike, recognising that reducing costly vehicle downtime is absolutely vital to anyone using a van for commercial purposes.

This is a very competitive segment with some extremely worthy contenders, many of which have significantly upped their game in the past year. Overall, though, the Volkswagen Transporter wins through outstanding design features, the latest in engine technology, having the support of an excellent dealer network, low cost of ownership, and an undeniably strong heritage.

Almost since its launch the Ford Transit Custom has topped the UK van sales charts, and it’s not hard to see why.

Not only does it have a range of trim levels, payloads, engines and bodystyles to suit virtually all customer requirements, it also looks good and drives even better. The last major facelift in 2018 gave the van a whole new front end, some new tech, and a completely revised cab. 2019 saw the introduction of the very latest 2.0 litre Ecoblue engines, which offer a huge amount of torque at low engine revs, making laden driving in urban environments a breeze.

With the much-vaunted Transit Custom PHEV hybrid van now available to order, Ford continues to develop the van to take into account changing customer demands and legislation. With strong RVs and a wide dealer network, the Custom thoroughly deserves this accolade. 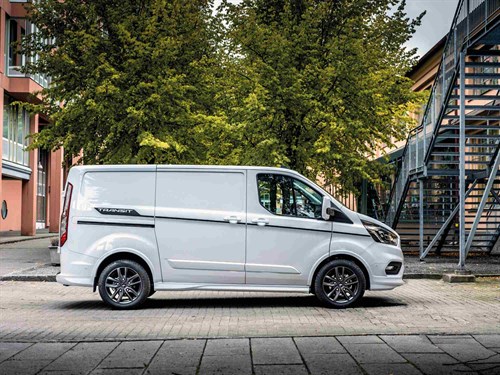