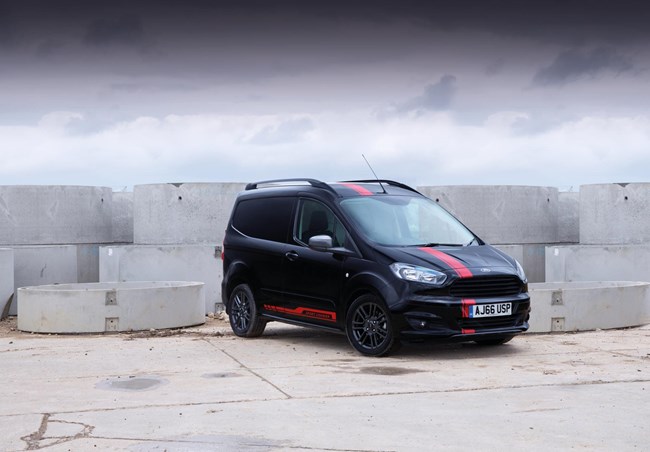 It’s another year, another win for the Ford Transit Courier, which takes the top spot in the small van category for the third year running.

In part, this is admittedly due to a lack of competition, with the likes of the Vauxhall Corsavan, Citroen Nemo and Peugeot Bipper all having departed from the sector in recent years. In fact, as you’ll see down the page, the Transit Courier’s toughest competition now comes, in our judges’ opinion, from its sister, the Ford Fiesta Van.

So, why has the Transit Courier stayed on top? Well, mainly because it’s bigger, by dint of being an actual light commercial vehicle rather than a converted car, which means it has a load bay more than twice the size of the Fiesta’s, as well as a higher payload also.

However, if you’re worried that this might make the Transit Courier a sensible, but dull choice, then there’s good news, as the model has this year received a new variant designed to inject a bit of excitement into the range.

This is the new Transit Courier Sport. It gets a range of upgrades meant to liven up its appearance, including eye-catching sports stripes across the bonnet and rear doors (although these can be deleted if you prefer), a colour-coded body kit, black door mirrors, 16in alloy wheels with a silver-painted finish, and partial leather sports seats with red contrast stitching. Engine options are the two most powerful from the regular range – a 100hp 1.5-litre diesel and a 100hp 1.0-litre petrol, both paired with six-speed manual transmission.

Although there are no mechanical upgrades with the Sport, it’s still good to drive like the rest of the range, with the steering a particular highlight, inspiring confidence by offering plenty of feedback. It handles exceptionally well, but this isn’t at the expense of ride comfort, with Ford’s engineers striking just the right balance between the two attributes. The gearbox is good too, shifting sweetly.

When it comes to doing a job of work the Sport benefits from a full bulkhead, which protects the cab from the load area, while a handy convenience feature is the ability to open the load box while keeping the cabin locked.

Said cabin is, as with the rest of the Transit Courier range, stylish and well laid out, with useful stowage including a centre console that can hold A4 documents and small laptops, a drawer under the passenger seat for clipboards and laptops, an overhead shelf, and a lockable glovebox. Safety features with the Sport include hill-start assist, trailer sway control and roll-over mitigation, and there’s a full-size spare wheel.

Overall, the Sport succeeds in adding something a bit different to the Transit Courier range, making it even more worthy of retaining its crown. And with Vauxhall ruling out a return for the Corsavan with the latest-generation Corsa car, it seems like the Ford is unlikely to face stiff competition for its title any time soon.

It’s a clean sweep for Ford in the small van category, with the Blue Oval’s Fiesta Van picking up the Highly Commended accolade.

The Fiesta mainly loses out to the Transit Courier on carrying capacity, due to its pure car-derived roots. However, the good news for drivers is that the Fiesta in car form is one of the best driving machines in its sector, and none of this joie-de-vivre has been lost in turning it into a commercial vehicle.

As well as the base model, as with the Transit Courier the Fiesta Van is also available as a Sport variant, which gets a body kit of its own, although without the Transit Courier’s stripes. What it does get, though, is a more powerful engine, a 125hp 1.0-litre petrol, which is the perfect complement to that superb handling.

Well, from a driver’s point of view anyway – cost-conscious operators will likely be drawn to the 85hp 1.5-litre, diesel, while the regular model is also available with a 95hp 1.0-litre petrol. Either way though, if what you need is a small but stylish van for urban operations, that drives better than most of the cars, let alone vans, on the road, you can’t really go wrong with the Fiesta Van. 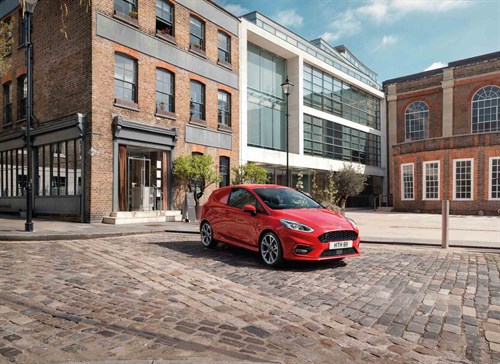