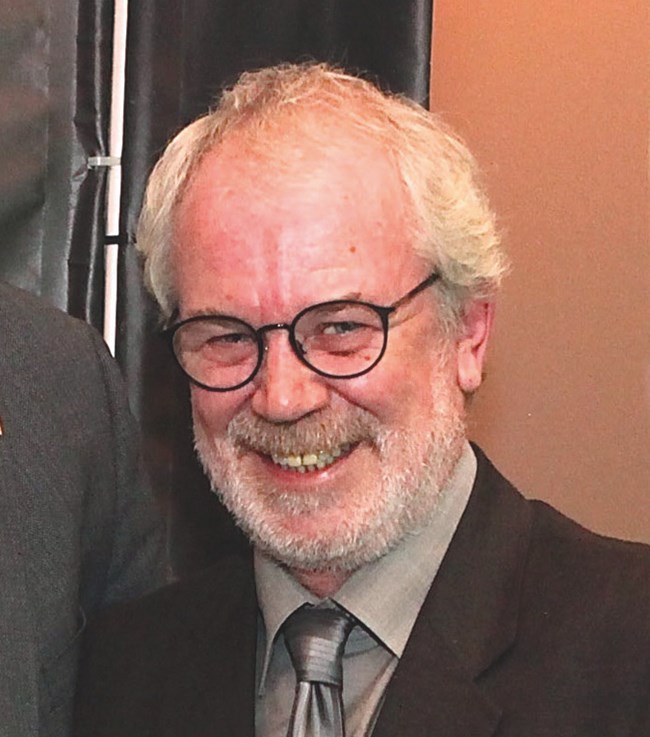 Having died in 2020 after a brief battle with cancer, it is with great sadness that we admit former What Van? editor Neil McIntee to our Hall of Fame.

He began editing the magazine in 1993 and remained in that role for more than 16 years before moving on to set up the light commercial vehicle website Vans A2Z with his friend and colleague Kevin Gregory.

A highly regarded motoring journalist universally respected for his expertise, Neil had previously worked on Autosport, Autocar and Which Car? before he made the switch to commercial vehicles, a switch that he took in his stride.

He graduated from Leeds University in the early 1970s and worked in the music industry as an A&R man before he became a journalist.

Among others, he discovered Lene Lovich, whose single Lucky Number went to number 3 in the UK chart in 1978.

Legend has it that Neil also spent time as a roadie for the hard rock band Motorhead!

A skilled driver who could back up his opinions with considerable technical knowledge, he was liked and admired by his colleagues and respected by all the vehicle manufacturers he dealt with.

He was also a familiar figure at van and pick-up events, and at commercial vehicle shows in the UK and overseas.

It was always a pleasure and a privilege to drive with Neil on light commercial vehicle launches, to enjoy his wit and wisdom on everything from the latest technological innovations to politics to rock music past and present, and to benefit from his wealth of knowledge on the world of motoring while putting a new vehicle through its paces in a maze of city streets or out on the open road.

At the end of a long working day one could not wish for better company than Neil to relax with over a meal and a glass of wine.

If you saw his name on the list of attendees for an event, you knew it would be an enjoyable trip.

Had Neil’s life taken a different turn he might have become a vet. His father was a veterinary surgeon – his duties included acting as the course vet at Wolverhampton Race Course – and Neil worked as his assistant when he was a youngster.

His dad was also a keen amateur rally driver; hence, one suspects, Neil’s interest in all things automotive, and motoring journalism was Neil’s true calling.

What Van?’s contributing editor Steve Banner worked with Neil across three decades and paid this tribute to his friend: “Neil and I attended umpteen vehicle launches at home and overseas.

“Driving together we managed to get lost in almost every country in Europe, due mainly to my inability to read a map. This was before the days of satellite navigation.

“Thankfully, Neil was a far better driver than I was a navigator, and we always managed to get to our destination – eventually!

“I worked with Neil for many years and always looked forward to seeing him. He was great company and a true friend. He is greatly missed.”