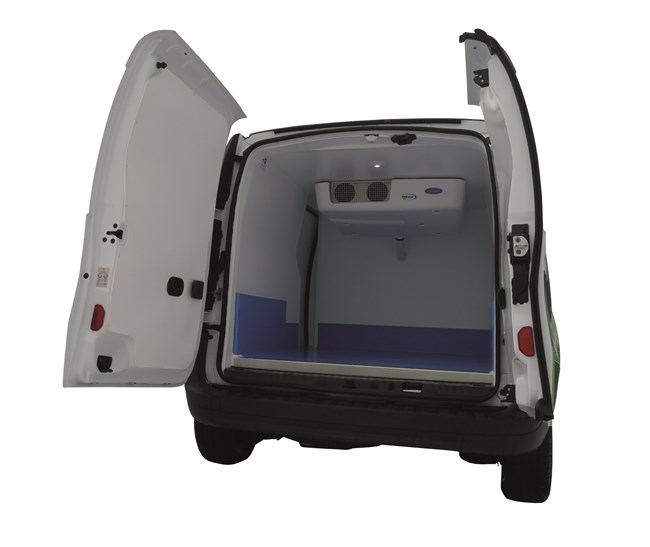 The winner of the What Van? Innovation Award for 2021 is CoolKit, a specialist manufacturer of temperature-controlled vehicles.

Established in 2005, CoolKit is now considered the UK’s market leader in its field, with products for every commercial vehicle brand.

Within the past two years, CoolKit has incorporated new materials and methodologies into its panel van conversions to improve capacity and payload, as well as to meet environmental obligations.

The firm makes refrigerated panel vans capable of transporting industry-best payloads in excess of 1,300kg, which it says is a 30% improvement over the old industry standard. It has also eliminated the unnecessary use of wood from its processes, which sets it apart from its rivals, many of whom still use timber and plywood elements in their panel van constructions.

Coolkit claims the resulting increase in payload means customers’ fleet sizes can be reduced, leading to a reduction in fleet costs, traffic congestion and roadside emissions.

Changing from wood to a more durable polypropylene honeycomb that will not delaminate if exposed also extends the life of the conversion, according to CoolKit.

The company uses its own mobile engineers to carry out customer servicing so as not to be reliant on a third party to undertake repairs or to oblige the customer to bring the vehicle back to a Coolkit centre.

This year, the business embarked on a project with Alliance Healthcare, which supplies medicines and healthcare products to pharmacies, dispensing doctors, hospitals and health centres across the country. CoolKit designed an innovative solution to heat the load space of the Alliance panel van through a heat exchanger. The tubes and fins of the heat exchanger absorb the heat from the cooling circuit of the engine, and air flowing through it is then heated up and diverted into the load space.

The load space is cooled by an evaporator fitted in the cab, maximising load volume.

Both the heater matrix and evaporator’s temperature-controlled air flows through the roof and floor of the insulated lining and into the load area, providing uniform temperature control in the compartment. The company has a patent pending on this product, which it says requires no driver intervention to operate. The prototype van was a converted Volkswagen Crafter, which was extensively tested  in a climatic wind tunnel to replicate the worst-case conditions the vehicle could operate in, down to -15°C and up to 40°C with solar simulation.

Video telematics manufacturer VisionTrack works with some of the biggest brands in the UK, including leading supermarket chains and major telematics companies. It looks after more than 3,000 fleets and supports 21 insurance partners, which have reported a substantial reduction in claims frequency and cost through using VisionTrack’s cameras, and also achieved faster first notice of loss (FNOL), taking an average of eight minutes to report incidents.

VisionTrack has deployed more than 110,000 vehicle camera devices in the past three years.

One fleet insurer customer is achieving an average reduction in claims frequency of 24% and an average 34% decrease in claims cost, according to VisionTrack.