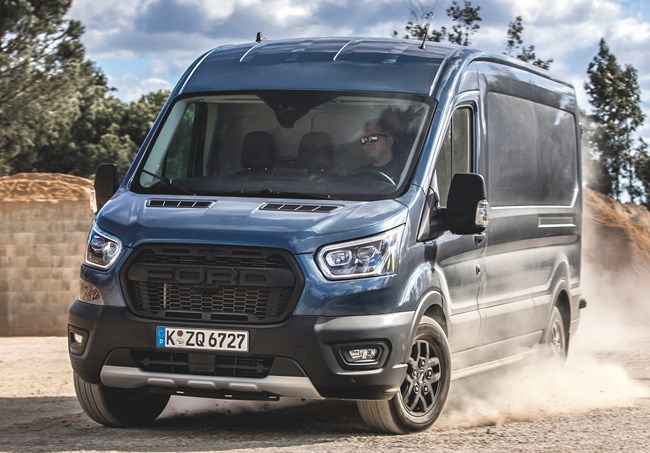 Britain’s best-loved van has had something of a stranglehold on the UK light commercial vehicle market ever since it was launched in 1965. The model has not only defined the van market but become synonymous with the sector. But Ford has not achieved this through complacency. The Transit has evolved and adapted during its reign at the top and no more so than when the range was split between medium and large vans, with the newly designed and renamed 1.0t payload Transit Custom arriving in 2012.

In doing so, the smaller model might have taken the label of best-selling van from the Transit, but the larger 2.0t van has since flourished, with more versions, better engines and most recently a newer, heavier 5.0t model.

The daddy of all vans continues to keep pace with rivals in the sector and is able to carry anything from 950kg through to 1,500kg for vans with a gross vehicle weight of up to 3.5t, while loadspace goes as high as 15.1m3.

Its most recent revisions occurred in 2019 when new Euro-6d engines were introduced. The 2.0-litre diesel engine became available with four power outputs, when a new more powerful 182hp engine was added. Ford also chose to subtly change the bonnet design, beefing up the looks, but it was this year that the Transit range really grew into its skin with the far more muscular Ford Transit Trail edition. The bold Ford grille makes the Transit really stand out, as well as improving its off-roading ability.

As last-mile delivery becomes increasingly more important to our everyday lives, the introduction of a new 10-speed automatic transmission will also help broaden the audience and appeal of the Transit van.

Both 2020 additions will make the Transit range more appealing, something which competitors will be acutely aware of. Already a byword for the sector, the Transit van is now able to go further off-road thanks to a Quaife differential, look meaner and more muscular while doing so, and if you’re a city driver or operating a fleet with a mixed variety of road work, have an automatic gearbox option that will enable every driver of all abilities to extract the very best from what is already the benchmark for so many in the LCV sector.

The Transit remains one of the best and brightest vehicles in the large van sector. Competitors will continue to aim to depose this icon, but Ford innovates and cultivates an ever-evolving personality to this stalwart of the industry.

Not only is the Transit a proper, no-compromise van, it’s also a smart product too. A 4G modem enables operators to track the whereabouts and performance of their vehicles and the fleet, ensuring that the Transit stays on the road, up to date, and more importantly earning its keep. That’s why it has led the field for decades and why it will continue to do so. 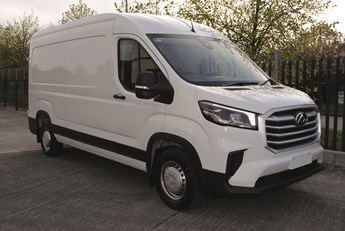 You’ll have heard the words ‘disruptive tech’, no doubt in reference to something like Uber or AirBnB. They’re examples of innovations that have shaken up their respective industries and turned them on their heads. The light commercial vehicle sector hasn’t quite had that
eureka moment yet, but there’s no doubting that certain brands like to try and upset the apple cart on occasions. The LDV V80 tried to do just that, offering a large van for near small van money. The Maxus Deliver 9 takes that concept further, bringing improved quality in almost every area for this V80 successor.

The Deliver 9 is packed with technology and safety equipment, which means it is no longer a budget rival to sector competitors. There’s ample storage, and a fine air of improved quality, visibility and drivability. The Deliver 9 is ambitious in its scope, and Maxus has rightly been recognised for the big gains it has made.