What Van? Awards 2021: Medium Van of the Year – Volkswagen Transporter 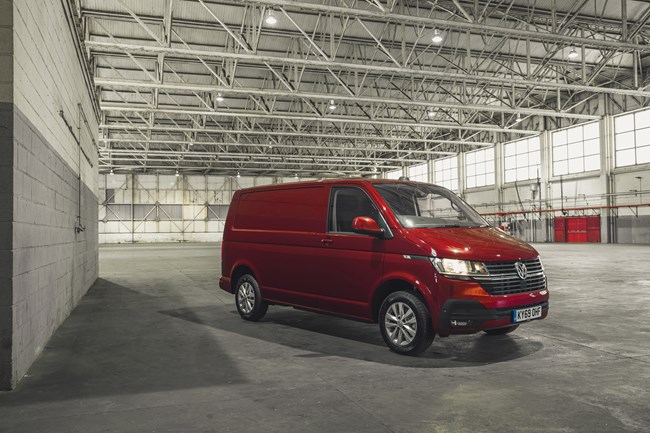 The medium van award is the most hotly contested as this is the single largest sector in the marketplace, encompassing fleet operators, small businesses and sole traders alike. The Volkswagen Transporter certainly serves those markets, has 60 years of heritage behind it, and is by far VW’s biggest-selling LCV.

In its most recent T6 and T6.1 forms it has evolved steadily and gradually, which is why VW has not chosen to call it a T7 yet – that could be saved for the all-electric version if LCV models do not adopt the ID brand used for VW’s electric cars. For now there is an all-electric derivative of the T6.1. Developed by ABT, a company more readily associated with performance upgrades to Volkswagen and Audi petrol and diesel cars, its inroads into 4WD system enhancements sit naturally with electric drivetrains.

At £42,060 the ABT eTransporter 6.1 offers an all-electric range of up to 82 miles, with flexible charging options allowing for an 80% charge in 45 minutes. It has a maximum power output of 110hp (83kW), with a 0-62mph time of 17.4 seconds. The compact battery is fitted underneath the load floor to avoid compromising the cargo area of 6.7m3, and it offers a payload of up to 996kg.

For most operators VW’s more traditional power source has not been neglected. The familiar 2.0-litre TDI diesel now offers 90hp,110hp, 150hp or 199hp, the latter very slightly down from the T6 due to the requirements of tightening diesel emissions legislation.

You get a five or six-speed manual transmission depending on the engine’s power output, or the optional seven-speed DSG auto driving the front wheels or using 4Motion four-wheel drive. Gross weights run from 2.6t to 3.2t, with payload capacities from 713kg to 1,309kg, and load volumes from 5.8m3 to 9.3m3.

So the business side of the equation is resolved, and many competitors can claim similar figures, but the T6.1 is also a hit in the cab. VW interiors are a masterclass in ergonomics and quality as the Transporter illustrates perfectly. In base versions standard kit was often a little sparse, and the T6.1 still tempts you toward the options list a little too often, but go for the touchscreen infotainment package in its standard guise and you’ll want for little else. Step up to the Highline trim version and comfort and connectivity abound, with climate control, DAB, navigation, and connection to your smartphone with remote functions.

The basics are not forgotten: the seats are excellent, the driver ergonomics first-rate, and the solidity bordering on military-grade. All of that gives the VW Transporter T6.1 the class win here, and to repeat the accolade from last year, when human nature favours just doing something differently, speaks volumes for the judges’ opinion of the Transporter. 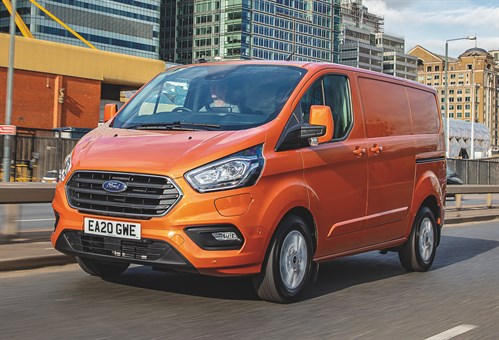 With the word ‘Transit’ in its name, the Custom was off to a flying start at launch, and it made the best of it, taking the fight to VW’s Transporter. It’s such a cliché that if you use the phrase ‘car-like’ at What Van? you’re made to load the test vehicles by hand – but it’s hard to resist it here. The way the Transit Custom drives would not be out of place in any decent family hatchback: the grip is great, steering feel is excellent, and Ford even makes sporting versions replete with stripes.

Load volumes and payloads are class-perfect and the diesel-fuelled Transit Custom, which has a 2.0-litre Ecoblue engine in 105hp, 130hp, 170hp or 185hp flavours, offers a top blend of pulling power and fuel-efficiency, while you can also have a PHEV (plug-in hybrid electric vehicle). The combustion engine acts purely as a generator while a  93kW electric motor drives the wheels, taking power from a battery that is replenished by descents, a three-pin plug, or the three-pot petrol. A worthy runner-up then.