What Van? Awards 2021: Used Van of the Year – Volkswagen Transporter 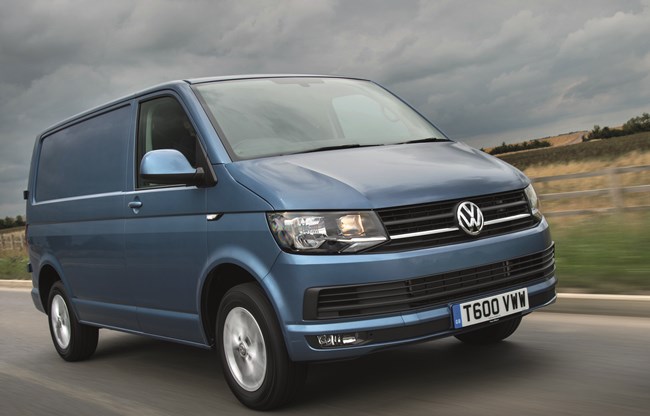 Legend – the most overused word in contemporary media. You only need to end up around midfield in a talent show to become a ‘legend’ it seems, but when we use that word in these pages, it’s earned. The Transporter is a legend – and during its own lifetime too, to really shake the cliché tree. It is, however, fully deserving of the oft-used tag. Born purely from necessity and saddled with the archaic layout of the VW Beetle, the van made the most of it.

A downside of the rear-engined design was a high loading floor; the big advantage was traction aiding both Californian campers and Alpine ambulances alike. When VW took it front-wheel drive they corrected the former but retained the latter, with Syncro and then 4Motion all-wheel drive giving it a facet no other LCV in the class could muster. Add VW’s diesel engine prowess, from smooth indirect-injected units, through the TDIs, bulletproof five-pot lumps and the latest bi-turbo, and it has the power – place that through fingertip manual or hands-free DSG transmissions to a choice of wheels and the scene is set. Adorn the vehicle with myriad wheelbase and body options – second only to a Transit – and it appears everywhere from Liverpool docks to the La Combe Saint-Pierre ski resort, carrying pineapples, parcels, pallets and patients.

In its most recent form the T6 and T6.1 (yes, VW has gone all ‘iPad’ with its generation names) it has encompassed all its attributes of development. That’s not the case with all LCVs – look how Mercedes-Benz has waxed and waned with its vans over the decades – yet the Transporter really is the used van for all trades and applications. The latest bi-turbo diesels are some of the best engines on the road – you’d need a lot more litreage to beat the torque characteristics and several more cylinders to up the refinement. Build quality is first rate, and although that means used values are high – the Transporter is no bargain bucket – you really do get what you pay for. In the Transport T6’s case that is an excellent cab with improved space and the expected VW ergonomics, plenty of tech and kit – if a little lacking in base versions – and a dedicated LCV dealer network with a fine reputation.

The Transporter – in the UK at least – has never had Ford’s fleet presence with its perceived best buy reputation for the one-man band, yet fleets increasingly use independent or in-house workshops, and the cast-iron main dealer service history is not as common as it once was. Small business-operated vehicles, often sourced through the manufacturer’s own finance scheme, tend to be dealer-serviced, meaning the VW suffers not one iota from a lack of fleet presence. The fleets that do use them are full of praise, and trouble-free mega mileages are commonplace.

As a used van, then, the Transporter T6 really does tick all the right boxes. VW has worked hard to extend service intervals and reduce service downtimes over the past few years and increased safety kit. To be a real legend, however, you need one more ingredient: talent. And the Transporter has it. 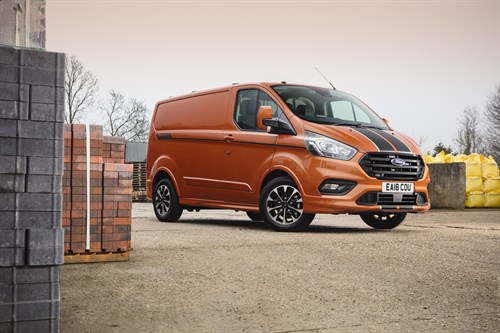 Tracing its roots back to 1965, the Ford Transit name has, for most readers, just always been there. The Transit Custom is equally long-lived in its nomenclature, with ‘Custom’ being used as the top trim variant of the full-sized Transit long before it identified a van in its own right. Smaller than its famous forebear and bigger than the Connect, it took Ford’s medium van fight to the VW Transporter and Mercedes-Benz Vito, and showed Ford’s LCV expertise.

It offers excellent engines, and clever touches in the load bay and cab befitting such an exalted name, but it’s from the driver’s seat where it excels. Stacks of cutting-edge tech, great seats, fine handling and good refinement make it the driver’s choice. Numerous editions and plenty for sale on the used market allow that driver to buy with their head. A worthy – and closely matched – runner-up for the Used Van award of 2021.