What Van? Awards 2022: Compact Van of the Year – Renault Kangoo 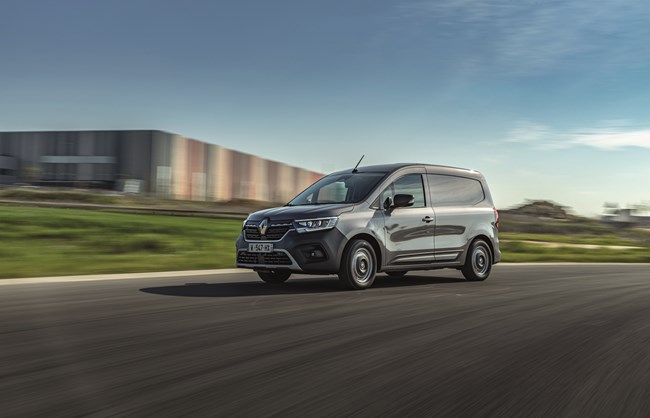 It’s not often that a new model significantly ups its game in the loadspace department, but the Renault Kangoo has done exactly that, and not just because it’s got wider and therefore bigger. More width not only means a bigger loadspace, giving the Kangoo 3.3m3 capacity on the standard van and 4.2m3 with the long wheelbase models, it has also made the cabin roomier and transformed the whole appeal of this city van.

The Kangoo has undergone a significant redesign all over, and now more closely mimics the Renault passenger car range but it is the seemingly simple yet brilliant loadspace innovation which add further to Europe’s best selling small van’s appeal.

Sadly, the B-pillarless Open Sesame door won’t be available on UK models, but the collapsing passenger seat and folding bulkhead which increases the standard vans capacity to 3.9m3 and the long version to 4.9m3 are available. So too is a neat overhead storage solution for the load area, Easy Inside Rack, that lets you put long items into the space above the passenger seat to transport up to 2.5m safely and securely inside the van.

Because of this, the Kangoo has gone from being a van with below average capacity to among the best in class. While it’s payloads are a little lacklustre with around 600kg for standard vans, an increased payload option will see that jump to 800kg while the long wheelbase van gets around 1,000kg.

Power comes from a capable range of diesel engines with a 1.5l Blue dCi unit available with outputs of 75hp, 95hp and 115hp with the enticing prospect of a 1.3l TCE petrol engine with 100hp or 130hp coming to the UK as well. Six-speed manual or seven-speed dual clutch gearboxes add refinement to an already accomplished package that makes the Kangoo quieter to be in than the likes of the Volkswagen Caddy or Ford Transit Connect.

It’s a remarkable turnaround for a van that has been in need of a significant update for some time.

On the inside, the Kangoo has noticeably more space around your knees and elbows thanks to its wider body and new flared shape. The interior is smarter, with better plastics and more usable thanks to the 8in Easy Link touchscreen infotainment system. There’s wireless phone charging and a handsfree access card which automatically locks when you get out of range of the van. On top of all the improvements, it also drives better, has a more composed ride and is overall a more comfortable place to be and work in.

It’s no wonder that it was crowned International Van of the Year 2022 last month and why it was a standout winner of our Compact Van class category.

Worryingly for the competition, there’s no real reason why the Kangoo couldn’t be improved further by adding the Open Sesame door and much larger pull out glovebox that European vans adorn. It’s only a question of money and packaging to make it work for right-hand-drive, and if the UK gets behind the Kangoo and buys them then this little van could get a whole lot better still. 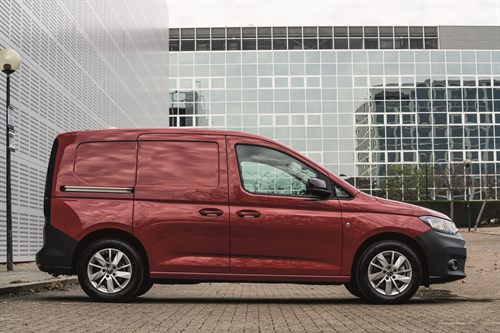 The Volkswagen Caddy is certainly one of those vans that gets on with its job and wins admirers. The fifth-generation Caddy is not only one of the most technologically advanced vans on the market but it is without a doubt VW’s most up-to-date model, overflowing with safety features and a clever cleaner diesel engine with a Twin Dosing system that reduces emissions by 80% compared with the previous model. That’s a pretty significant achievement for a van that has for so long had such fierce competition from the Ford Transit Connect and more recently the compact Stellantis vans of Citroen, Peugeot and Vauxhall.

Caddy vans also benefit from a remarkable cache few other vans benefit from with the VW badge accounting for excellent residual values and therefore a highly competitive whole life cost. With bits borrowed from the Volkswagen Golf passenger car its interior is smart like no other van, and while the slidable touch sensitive controls aren’t entirely usable, there’s no doubting the refinement and sophistication of the whole package.