What Van? Awards 2022: Converter of the Year – Modul-System 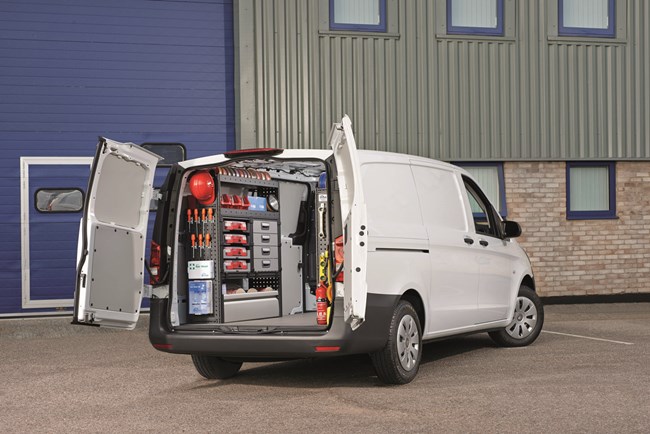 The Covid-19 pandemic has presented businesses with massive and unexpected challenges over the past 18 months, and they have had to develop innovative strategies to cope. One company that has been especially successful is van load area storage specialist, Modul-System – a worthy winner of our Converter of the Year award for 2022.

Its customer base and the wide variety of equipment it supplies, alongside binning and racking, meant it had no option but to rise to the occasion despite the onslaught of coronavirus.

Many of the businesses it services are utilities supplying gas, water and electricity to hospitals, clinics, vaccination centres and pharmaceutical manufacturers. It knew that it could not let them down, and that it had to keep working.

A Modul-System spokesperson says: “Customers wanted to know that they would still have a steady supply of new vehicles and in-service support to allow them to keep moving, and in many cases replace their ageing and less-reliable or suitable vans.” To add to this challenge, prior to the pandemic, we had just secured two major contracts from utilities that had to have new vehicles. No prototypes had been built though.”

The approach Modul-System has developed allows the customer to take an online virtual tour of all aspects of the vehicle, down to a remarkably-detailed level, prior to sign-off.

The tour covers everything from the livery to any pieces of ancillary equipment that have been installed.

What Van? took a look at one that allowed us to give a right-hand-drive battery-electric Ford Transit going into service with DHL – which was news in itself – the once-over. We were able to examine all aspects of it down to the view from the reversing camera and even the grab handle, which aids rear access to the load area.

An online Modul-System portal has been expanded to give customers instant and live visibility of the progress their van is making through the conversion process, and whether the delivery schedule is being met. Modul-System has also come up with online training videos that cover particular aspects of a van, including the operation of any power inverter or ancillary heating that may be fitted , and the safe use of roof racks.

Despite the pressures imposed by Covid-19, Modul-System has nevertheless managed to deliver some 5,000 vans to customers and open a second site to support its widening customer base and reduce lead times. New working practices have been agreed, and with some staff working from home, there has of course been increased reliance on Teams.

Modul-System converted 315 new vehicles for one of the utilities including eight new specifications and prototypes.

They were all put into service complete with handover and comprehensive training videos – something that can be deemed an impressive achievement given the health crisis sweeping the UK. 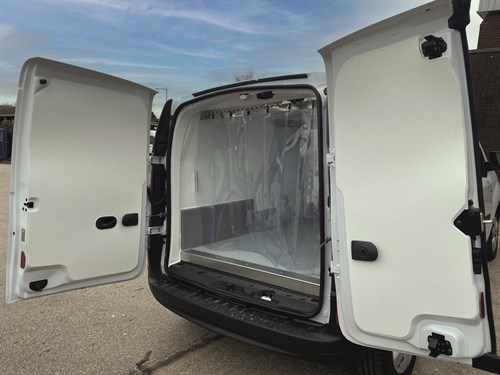 Highly Commended recipient CoolKit’s recent achievements include designing a solution for a customer who wanted a temperature-controlled battery-electric Maxus eDeliver 3 to be capable of carrying fully-frozen loads.

The fridge van specialist started by equipping the cargo area with a heavy-duty insulation kit with the aim of minimising the consumption of cooling energy.

A low-consumption electrically-driven fridge unit was installed, which drew power from the van’s own battery propulsion pack. A roof-mounted solar panel was fitted to help counteract the power drain.

The result is a vehicle which can maintain a load area temperature as low as minus 24 degrees Celsius, yet still achieve a range of over 180 miles between battery recharges, says CoolKit.

CoolKit has developed a system for a major pharmaceuticals distribution company, which enables the even distribution of hot and cold air throughout a van’s entire load area. It has also come up with a modern take on the traditional milk float for Lancashire-based (and appropriately-named) Modern Milkman.

Based on Fiat Professional’s Doblo Cargo Work Up pick-up, it features a front section, which is used to stack milk crates. It additionally boasts a rear section, incorporating two insulated boxes plus racking, which can be used to carry a variety of different products.

Work is underway to adapt the format to electrically-powered light commercials – the heirs to the lead-acid-battery-powered milk floats, which were such a common sight only a few years’ ago.