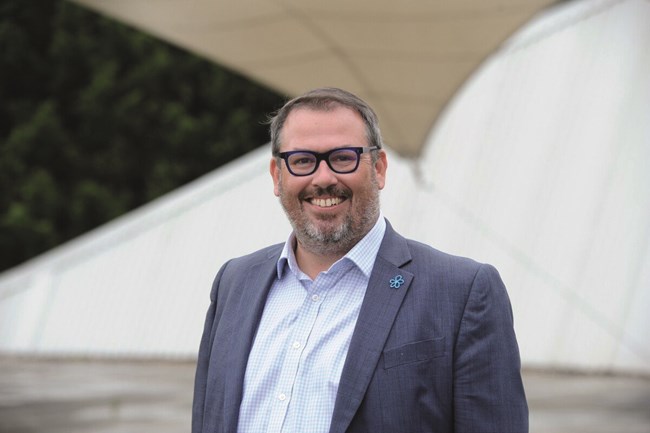 The UK commercial vehicle industry was left shocked in July when the sudden death of Cox Automotive’s customer insight director for CVs, James Davis, was announced.

Davis had worked for Manheim Auctions and Cox since 2004, initially as Manheim’s regional commercial vehicle manager for the south then, after promotion in 2010, he became director of commercial vehicles. Prior to this, his career started with Central Motor Auctions before taking positions at National Car Auctions, Lex Transfleet and Royal Bank of Scotland.

There will be very few people in the industry who, at the very least, haven’t heard of James, whether that be through his industry blogs and briefs, contributions to industry media (including regular input into the What Van? remarketing features), his visibility at auction events, appearances at forums and shows, or his corporate social media posts (and the more flamboyant ones witnessed by those privy to his personal accounts). His passion for vehicles wasn’t limited to vans and trucks, although many will remember the Spy Van project! He was a true car enthusiast and collector too, and many will be aware that James tracked down his late father’s rare 1959 MGA sports car after it was sold in the US to fund his father’s care. He carefully restored it to the car he knew as a child, and even managed to reunite the car’s original cherished registration mark the vehicle had worn during its racing career at the hands of James’ father. James proudly exhibited the car at shows and events and used it to raise money for the Alzheimer’s Society charity, a cause close to his heart, and the one that robbed him of his father all too early.

James was an incredibly popular figure and those who knew him will understand why. As someone with a big personality, he would instantly fill any room he entered with warmth, humour and passion for his work and interests. He had the enviable ability to make anyone he spoke to feel important to him. No matter what the subject of the conversation was, JD (as he was known to many) would quickly and enthusiastically engage, even if the person wasn’t well known to him. He would help anyone who asked, and would never request anything in return. Davis turned many industry connections into friends, all of whom are missing him terribly.

JD idolised his father, however a complicated start in life meant there was no shortage of baggage where family relations were concerned. Those closest to him knew that his mental health had been profoundly impacted by this.

Ultimately, the deaths of his beloved parents stole any opportunity for JD to reconcile some of those challenges, with his father’s Alzheimer’s journey proving particularly hard.

Before James made the decision to end his life, he made it his mission to raise funds and awareness for The Alzheimer’s Society, and to engage directly with those that were living through the effects of this awful disease.

His charitable efforts were so incredible, infectious and authentic that they continue to pay off today, even without the man himself here to drive it.

It was impossible not to like JD. An eloquent speaker at industry events, his fluid delivery combined with credibility and intelligence made his presentations captivating to anyone fortunate enough to be in attendance.

An encyclopaedia of statistics and trade sentiment, he was an industry influencer in every sense of the word – long before the social media version of the term.

James will be missed by many, many people. His place in the What Van? Hall of Fame is well-deserved. 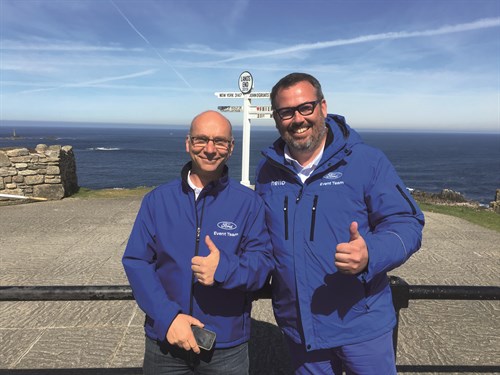 In 2019, James Davis, on behalf of Cox Automotive (Manheim’s parent company) teamed up with Ford to drive from John O’ Groats to Lands’ End in a prototype plug-in hybrid electric van to raise awareness of the then-emerging technology and also to raise money for the UK’s leading mental health charity, Mind.

The successful 1,180 mile trip included stops at five Manheim auction centres and raised a total of £2,278 for Mind.

Following the journey, James said: “The prototype van performed faultlessly throughout the challenge and we were pleased with the level of engagement at the auction centres and businesses we visited.”

“Many people, including myself, have experienced anxiety, depression or other mental health challenges, so I’m delighted that we were able to use this tour as an opportunity to talk about just how common it is, and to raise so much money.”