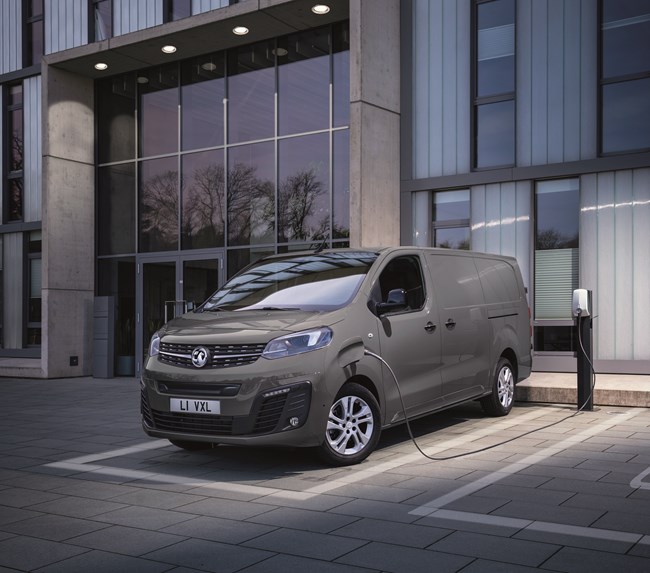 They have now been joined by the fourth, Toyota’s Proace Electric, which came to market too late to be eligible last time around but is now rolling off the same Stellantis group assembly line.

These models have done more than most to bring electric vans into the mainstream, they can no longer be confined to niche green categories, so it is fitting that they have won the Medium Van of the Year Award, which honours the outstanding products in the highest-volume, most crucial sector of the market.

Unlike the other three, The Proace Electric is offered in only one trim – the mid-specification Icon grade in medium wheelbase but, like the others, power comes from a 100kW (136hp) motor producing 260Nm of torque with the choice of 50kWh or 75kWh batteries, delivering respective ranges of 142 or 205 miles. The latter is to give “peace of mind” to operators needing to embark on longer journeys, according to Toyota.

But with electric van use concentrated mainly in urban areas with low emission zones, Toyota claims the average daily mileage of an electric van is just 27 miles, well within the smaller battery’s capability.

All these plug-in vans are based on internal combustion-engined (ICE) vans that have already proven their quality and practicality under real-world conditions; indeed, the Dispatch and Expert won What Van?’s LCV of the Year prize for 2017, shortly before Vauxhall joined the then PSA Group fold.

The electric versions stand shoulder to shoulder with their diesel stablemates, not only through offering practical working ranges between battery charges but also when it comes to load-lugging capability, and, of course, they are exempt from low-emission zone fees.

Designed with both ICE and EV technology in mind, this quartet of vans is well-equipped to thrive in a demanding market with payloads of up to 1.2t and load space ranging up to 6.6m3.

The Vauxhall, Peugeot and Citroen vans are available in single and double-cab guises and while the Vivaro-e comes in two lengths, the e-Expert and e-Dispatch add a third with a compact version.

Being electric, where the full amount of torque is available from just 300rpm all the way until 3,672rpm, these vans are exceptionally quick off the mark. Unladen, they fly off the line and we have no doubt they would still prove to be nippy even when they have a full payload on-board.

More customers are also likely to be attracted to electric vans when they discover how good they are to drive – being soothingly quiet is just one of the advantages. Two levels of regenerative braking are available and there is a choice of three driving modes, giving 60%, 80% or 100% of power and torque. Through making good use of the regenerative braking, the footbrake rarely needs to be used.

Plugging into a 100kW public charger can rejuvenate the smaller battery pack to 80% in 30 minutes, while the larger battery will take 45 minutes. A conventional 7.4kW charging system, compatible with home and office wall boxes, will deliver a full charge overnight. 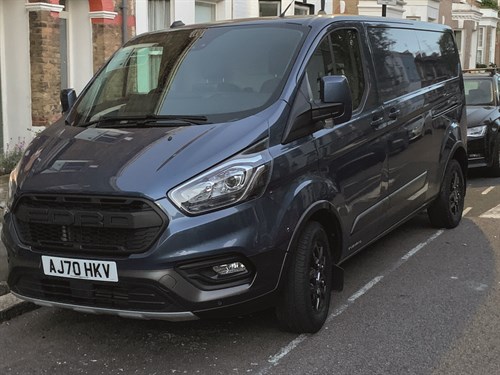 Ford’s supremely proficient medium van is untouchable as the UK’s top-selling light commercial vehicle. Great to drive and a practical load lugger, an excellent range of 2.0l Ecoblue diesel engines are complemented by a PHEV (plug-in hybrid electric vehicle) Custom. Ford has announced that its next generation Transit Custom, due to come to market in 2023, will be available as a fully-electric vehicle.

In the meantime, Ford introduced an enhanced-traction version to the Custom line-up this year. The front-wheel drive Transit Custom Trail gets additional grip from a mechanical limited-slip differential (mLSD) to enable it to cope with loose, slippery or soft surfaces. To differentiate it from the regular Custom’s appearance, the Trail features enlarged Ford lettering in the matte black grille with additional black cladding around the front and rear lower bumpers and side panels, complemented by 16in alloy wheels and Trail logos on the front doors. The van can also be specified with roof rails and running boards.