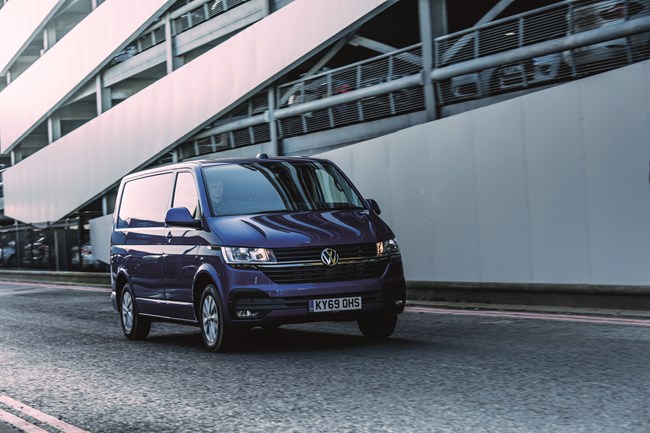 To its immense credit, Volkswagen has led the way in introducing safety equipment to light commercial vehicles, an area that other manufacturers have neglected.

In tests undertaken by Euro NCAP, in association with the Thatcham Research Centre at the end of 2020, the Volkswagen Transporter achieved the top level Gold certification in becoming the highest ranked van overall.

Thatcham concluded that vehicle manufacturers fit far more safety kits to their passenger cars than their vans. For example, it said that in 2019 only 13% of new vans came with autonomous emergency braking (AEB) as standard, compared with 62% of cars – but Volkswagen Commercial Vehicles remains an exception.

The brand launched the fifth generation of its compact van in 2021. Now dubbed the Caddy Cargo in panel van mode, and, true to form, the model features a wealth of driver assistance features. Also included is Travel Assist, which uses adaptive cruise control and lane keeping assistance to keep the Caddy Cargo centred in its motorway lane and at a safe distance from the traffic in front.

It is a Level 2 Advanced Driver Assistance System (ADAS), and as such drivers are reminded to keep their hands on the wheel at all times.

On offer too is Trailer Assist, which helps out when the driver is trying to reverse with a trailer attached. VW has also developed a braking-when-turning function, which should stop the driver from accidentally driving into an oncoming vehicle’s path.

An eSIM is fitted as standard and can summon help from the emergency services automatically if you are involved in a collision. It also means the van can be linked to the driver’s smartphone under the We Connect banner – free-of-charge for the lifetime of the vehicle.

Driver and passenger airbags are fitted as standard, as is cruise control with a speed-limiter plus the new electronic parking brake aided by an Auto Hold button. It is there to stop the van rolling backwards if the driver takes their foot off the brake pedal on an incline. All the usual on-board safety systems are installed including ABS, Electronic Stabilisation Programme, Electronic Brakeforce Distribution, Brake Assist, Emergency Braking System and Traction Control System. A Volkswagen innovation, Post-Collision Braking automatically applies the brakes after a smash should the driver be incapacitated, the idea being to minimise the danger of severe secondary impacts.

Reversing sensors are provided, as is an electronic diff lock.

Fitted too is Front Assist with Pedestrian Monitoring and City Emergency Braking System. It signals an alert and applies the brakes if the driver gets too close to the vehicle in front, and works in urban areas as well as on the motorway to ensure wayward cyclists do not get flattened.

Automatic post-collision braking is part of the furniture, as is crosswind assist. It responds to keep the Crafter on a straight path if a sudden gust of wind looks as though it is powerful enough to blow the van out of its lane on the motorway and into an adjacent lane – and potentially into the path of oncoming vehicles.

Front assist warns the driver if a front-end collision looks likely, jolts the brakes if the warning is not acted on, then ensures that maximum braking power is available immediately if the driver is forced to stamp hard on the brake pedal. 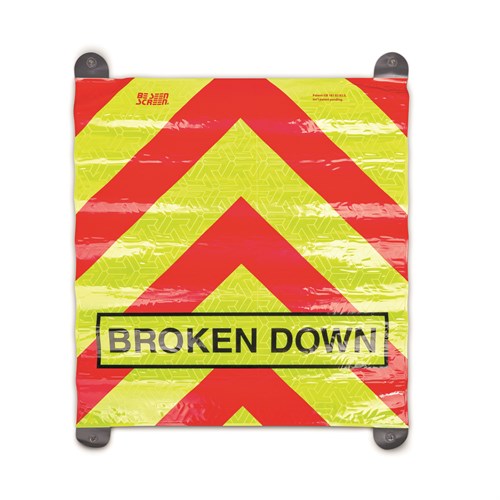 Be-Seen Screen has come up with a deceptively simple yet innovative product (called Be-Seen Screen) that has the potential to save lives in the event of a breakdown on a motorway. For example, if there’s a breakdown in lane one of a smart motorway when the hard shoulder is in use, motorists are exposed to danger. In many cases emergency refuges or lay-bys are too far apart for drivers to reach safely, so an effective high-visibility warning device can reduce risk.

The new Be-Seen Screen is a straightforward option that improves the visibility of a broken down vehicle. It can be deployed quickly as an alternative to a warning triangle, where the 45 metre walk along the carriageway to put it in place represents a risk in itself. It could provide vital extra seconds of awareness that can help to prevent serious accidents.

The Be-Seen Screen was extensively tested at the Millbrook Vehicle Proving Ground. It is patented in the UK.

The Screen uses a micro-prismatic method to achieve high-reflective performance in all light conditions, and its lime-yellow and red chevron design is immediately recognisable as a warning.