IVOTY ANALYSIS: What power can deliver us from diesel?

International Van of the Year judge George Barrow finds that the future of transportation is far from clear cut, with even the role of the delivery driver in question. 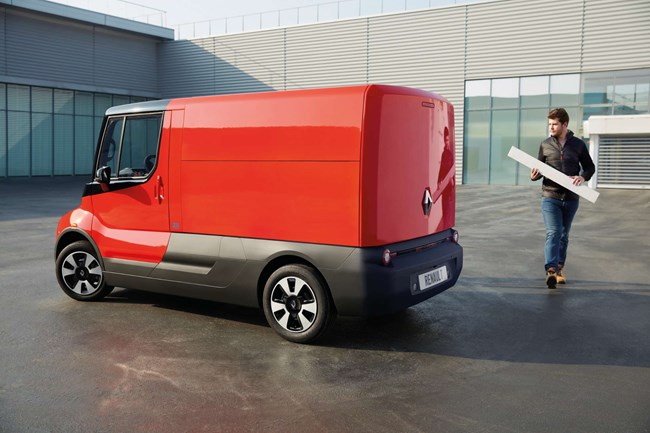 Inside and out: the Ez-Flex from Renault

Future mobility is a topic that is touching all areas of transport – from the prospect of an autonomous ride-sharing taxi through to robotised deliveries.

From the very nature of what a vehicle should look like to the function it performs, every facet of transportation is under discussion.

The fuels used to propel these future vehicles are also under intense scrutiny. While electric and hydrogen powerplants are forecast to replace diesel in most applications, in commercial vehicles at least it seems likely to remain the fuel of choice, not least because of its flexibility in delivering range as well as relatively clean emissions – providing it is a modern engine.

However, nothing is certain and discussions continue at the highest levels as to what future goods transportation and future power might look like.

Here and now, electricity is most definitely the leading pretender to the diesel throne – at least in a city landscape. Mercedes-Benz’s quarterly report on the state of the UK light commercial vehicle sector highlighted at the beginning of this year the widespread and growing acceptance of electric vans. In its survey, more than 50% of respondents said they would definitely want to drive an electric van for work, while 35% would consider it.

As expected, the greatest concerns are that of range and also charging capabilities, with 63% and 66%, respectively, citing them as worries. Working efficiency due to time lost while waiting for charge is a lesser concern (42%), while the initial cost is a factor for 45% of potential electric van owners.

Yet for Denis le Vot, Renault-Nissan Alliance senior vice-president of the LCV business unit, even the concept of having a driver in a future vehicle is not that cut and dry. With 60% of the world’s population predicted to be living in cities by 2030, package deliveries will become even more critical and complex.

“By 2050 you can multiply by four the transportation [volume] of goods and packages,” Le Vot says. “Further down the road I don’t know, but when you think about autonomous solutions for people, transportation is easy to understand: ‘Car, drive me home’ and the car drives you home. Instead, we’re talking here about delivering a parcel to Mr Smith, and Mr Smith has four sets of stairs, and Mr Smith may or may not be in when the autonomous solution arrives. It has a lot of consequences.”

Le Vot has previously said that “the future of the electric LCV requires knowing what the size the future LCV needs to be”, which raises the very question about the current size, shape and use case for what we currently refer to as ‘a van’. 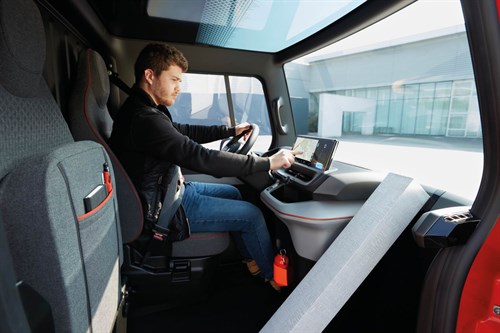 Alongside unveiling the new Master, Trafic and a concept Kangoo, Renault also revealed its plans for a form of future delivery transportation. While the EZ-Flex may look like Postman Pat’s van, it aims to answer some important and as yet almost unknown questions. In building the EZ-Flex, Renault hopes to work with “the big names” and discover what drivers and operators need from future transport.

“Discussion is where you will discover,” Le Vot continues. “We will disclose soon the big names who we will be working with. The van [EZ-Flex] will be a real one, working on the road to try to better understand the future needs. We don’t know what direction the world is going for last-mile delivery. It could be small, it could be modular.

Big logistic companies that deliver parcels are usually only transporting one layer of parcels – because if you put them on top of each other its 25 minutes to find the right parcel.

They’re just on the floor of the van and you go around and find it, which is totally ridiculous in terms of consumption and in terms of use of the space.”