NEWS ANALYSIS: Collaboration of the titans

Two giants of the automotive industry are to join forces, with the focus on light commercial vehicles, reports George Barrow. 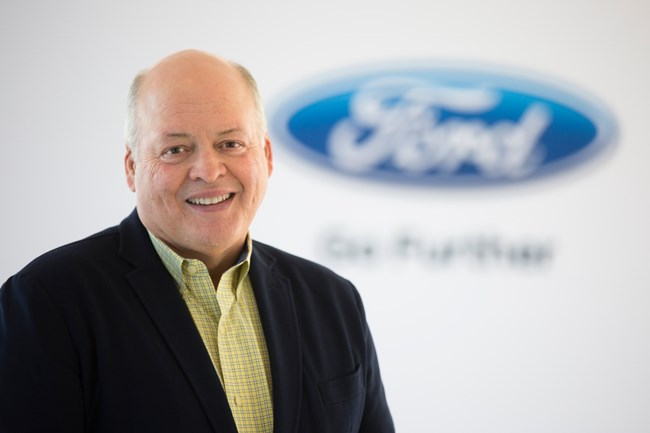 When rumours began to circulate in mid-2018 that two titans of the automotive industry were considering a collaboration, few expected the announcement made on the 15 January 2019 to focus so heavily on LCVs.

In broader context, the announcement, made by James Hackett, chief executive of Ford Motor Company, and Herbert Diess, chairman of VW Group, covered a memorandum of understanding to build electric and autonomous vehicles together as well as explore economies of scale opportunities. More specifically, Ford is to design and build medium-sized pick-ups and larger vans while VW will take the lead on a smaller van.

It is, said Hackett, a partnership that will “herald a whole host of new technologies”. It comes at a time of extreme pressure for all manufacturers in the wake of tougher emissions standards and growing impetus for EVs. The fall-out from ‘Dieselgate’ may also have had some bearing on this partnership. Development costs and the timescales needed to bring products to market to remain competitive must also be factored in.

“It’s my opinion that you can’t do this alone,” said Hackett, explaining that the alliance will see equal numbers of representatives from both firms overseeing the operations and strategy of the collaboration and will not involve any cross ownership.

“I want to emphasise simplicity and speed here. With balanced rights and responsibilities, our focus will be on significantly improving the competitiveness of both companies.”

There is no doubting that the alliance could be enormously important for both manufacturers. Diess even went so far as to say the “alliance is visionary”, and that the collaboration will explore avenues that will be “pivotal for future success in the auto industry” while underlining that “our industry is undergoing fundamental change resulting from widespread electrification, ever stricter emission regulation, digitalisation, the shift towards autonomous driving and, not the least, changing customer preferences.”

Diess also cited the relative strengths of the brands with Volkswagen’s market leadership in Europe and China as well as Ford’s dominance in the United States. For Volkswagen, it’s believed a friendly ally on the ground in the US would help ease any regulatory issues around autonomous driving.

The main focus of the announcement, however, was around commercial vehicles and Diess said the alliance would greatly benefit both brands in this area.

“Our envisaged light commercial vehicle alliance creates the strongest player in this segment and it fits into our overall strategy to join forces with strong partners for specific topics,” he said.

“It will improve our competitiveness globally. I believe that the same is true for Ford. We both will be able to shape the future of mobility when joining forces in an intelligent way in LCVs and maybe beyond.”