Vauxhall’s affiliation into the PSA Group has got off to a promising start with the launch of the new Combo. James Dallas detects a renewed confidence. 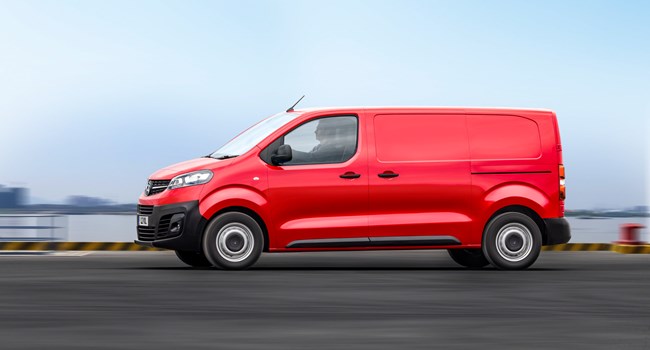 The Vivaro outsells both its sister vans, the Renault Trafic and Nissan NV300

If the new Combo light van is anything to go by then Vauxhall has a bright future now that the brand is part of the PSA Group.

The Combo, alongside its sister products, the Peugeot Partner and Citroen Berlingo, burst onto the scene late last year and promptly scooped both the International Van of the Year and the What Van? Light Commercial Vehicle of the Year prizes for 2019.

PSA is putting light commercials centre stage, as Derek Wilson, LCV director says, “Vans are central to our plans in the next few years.”

He admits there was room for improvement when he adds: “[The Combo] was our biggest under-performer with the previous model,” which was based on the same platform as the Fiat Professional Doblo Cargo.

There is a new energy and optimism around Griffin House, Vauxhall’s Luton HQ, and Wilson says the brand is looking for a 25% increase in LCV sales in the next 12 months.

But despite the Combo’s impressive debut, CV product manager Brad Miller stresses that the Vivaro medium van – the next version of which will go into production in June based on the Citroen Dispatch and Peugeot Expert, although order books open in February – will remain the best seller.

Unlike the previous Combo, the current Vivaro, based on Renault’s Trafic, has been a success. As recently as 2016 Vauxhall shifted 28,000 units of the model.

Vauxhall will continue to build the new Vivaro in Luton and Miller says: “The plant is a significant USP.”

In its heyday prior to 2012, when the Doblo-based Combo launched, Miller says sales of the light van topped 15,000 a year and the aspiration is to get back to this level.

It’s a big leap – last year Combo sales slumped to 2,539, although the new model did chip in with 191 registrations when it hit showrooms in November.

But Wilson claims Vauxhall had taken 4,000 orders for the new Combo by mid-January, “so it’s ahead of the old one already”.

The brand believes it now has a product that is leading the market on price, features, safety and economy and it has its sights set on returning to the top three of the sector.

Wilson acknowledges the boost that being crowned What Van?’s LCV of the Year has given the Combo.

“Winning the most prestigious domestic award is as good as it gets,” he says.

With the Vauxhall brand aiming to make a comeback having lost some ground in the market in recent years, Wilson says there has been an uplift in its marketing spend across all channels, including TV, radio, digital and the press, and adds that they can use “the highly recognisable [What Van?] logo” within its campaigns.

Vauxhall has traditionally enjoyed a broad customer base, across both fleet and retail, and Miller points out the current Vivaro outsells both its sister vans, the Renault Trafic and Nissan NV300, in the UK. With the weight of the brand’s heritage behind it, it would not be a surprise if the forthcoming Vivaro were to repeat this feat in the domestic market compared to the Dispatch and Expert.

Under the guidance of PSA, the manufacturer is seeking to step up its LCV focus in retail sales and aftersales.

This year it has launched 65 dealerships as Van Business Centres, having carried out the preparatory work in 2018.

These centres must adhere to defined standards and although many were already van specialists under the pre-PSA regime, Wilson admits that not all of the former van specialist sites were as focused as the job requires.

But he says it was not a case of ripping up the network but rather of finding the right balance.

“Sixty-five gives us geographical coverage,” he explains. “It’s not too many sites – we want vans to be integral to the sites.”