The Relay is big, the Berlingo is clever, but the Dispatch might just be Citroen’s best van. 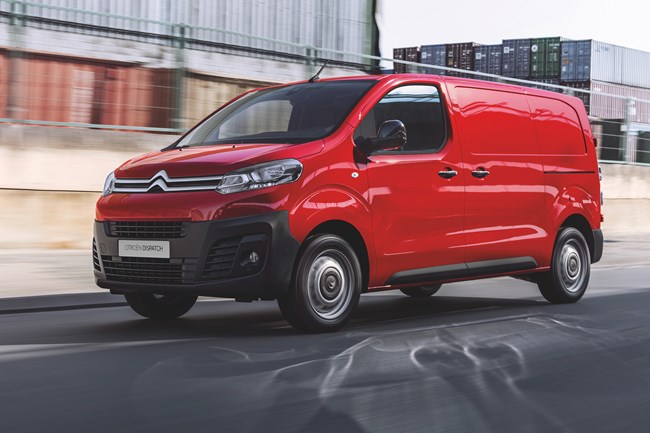 At its launch in 1994, the Citroen Dispatch was a bit of a revelation. It looked futuristic and wedged itself into a market sector hitherto dominated by the VW Transporter with token resistance from Japanese-based midi vans with their engines in the cab and very little in reserve. It might have copied Renault’s Espace with its silhouette, but the shape was no mere styling exercise. Overhead storage, walk-through cab and just-so seat height meant this was one of the first vans to consider the driver just as important as the cargo. The second version from 2007 improved on volume and payload, and this third incarnation from 2016 reinvigorated the driver-focused doctrine and bolstered productivity as well.

Citroen’s HDi range of common-rail injection turbo-diesel engines first saw the light of day around the same time as the original Dispatch and have developed alongside it. From the original 1.9 litres they have mutated into a high-efficiency 1.6-litre version and torque-rich 2.0-litre model. The 1.6 BlueHDi has 95hp and 210Nm of torque at 1,500rpm paired with a five-speed manual gearbox offering 51mpg, while the 115hp version brings 300Nm of torque at 1,750rpm with 55mpg up for grabs. Although giving just 5hp more, the 2.0-litre starts at 120hp but with a jump in torque to 340Nm and offers an automatic transmission option too. The 150hp version actually adds little to the drive but the range-topping 180hp 2.0-litre version comes with automatic gearbox as standard and seems a more worthwhile use of the larger capacity unit.

However, the driving experience is more about in-cab than under-bonnet. The Dispatch is really comfortable – Citroen are masters of ride prowess – the seats are great and the ergonomics are first class. Oddments stowage is excellent, the visibility likewise, with great mirrors and easily judged proportions. Standard and optional equipment levels are unmatched in the class, with four trim levels: X, Worker, Enterprise and Driver.

As expected there’s DAB, Bluetooth and high-end infotainment, with head-up display in the top version and even an optional gesture-operated side-loading door opening available with keyless models.

As for faults, the 2018 Dispatch alone had nine safety recalls from oil leaks to steering rack faults, suspension problems to air-conditioner pulleys coming loose – so make sure all are checked and quote the VIN to a main dealer. However, find a low mileage owner-driver Dispatch with automatic transmision that’s been main dealer serviced and you’re on the right track.