The NV200 took Nissan’s LCVs up a step and remained there for a decade. 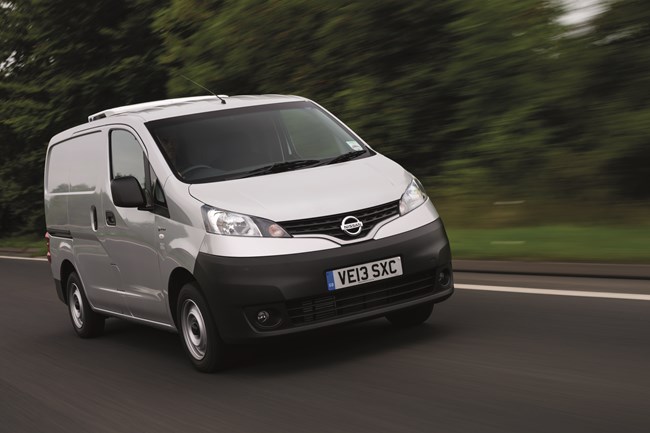 When we consider Nissan’s LCV profile in the UK, we probably think of the pick-ups and the Navara in particular. While the old D21 pick-up was a good workhorse, Nissan’s panel vans at the time did not worry the establishment. The styled-by-committee Urvan followed the well-trodden Far-East route of forward-control, which meant load lengths were good, with ride and handling archaic and refinement non-existent. The Vanette Cargo improved on this merely by shifting the engine forward – crash regulations required it. After that, things improved utilising re-badged Renaults. The Kubistar, Primastar and Interstar were respectively Nissan’s versions of the Kangoo, Trafic and Master. Then came Nissan’s new platform – designed for combustion or battery-electric power – which appeared in 2009 as the NV200 and later the electric eNV200.

In very general terms, the NV200 hits the compact van sector square-on. At 4,400mm long, 1,695mm wide and 1,860mm high its short enough to fit on most domestic driveways, just low enough for some garages and virtually any underground car park, and narrow enough to thread through urban congestion or ‘car’ access points in parks or sports grounds. The full forward-control layout was consigned to history since the only crumple zone was the driver’s face but the NV200 still boasts a decent load bay to overall length ratio. The load length is 2,040mm, with a width of 1,500mm and height of 1,360mm. This creates an impressive cargo volume of 4.2m3. The optional Versatility pack offers an opening version of the mesh bulkhead and fold-flat passenger seat backrest to give a maximum length of 2.8m for ladders, planks and the like. The payload is slightly less impressive at 725kgs, a Kangoo maxes-out at 795kgs.

At least the Kangoo has donated its engine to the cause. The well-proven Renault 1.5l dCi common-rail turbo diesel sees service right across the car and light commercial ranges of both brands. When it first appeared it impressed us against the larger 1.9l HDi, which powered all Citroen and Peugeot models of similar weights. Available in two states of tune, a 90hp or 110hp it is mated to five manually-selected speeds with 90hp and six cogs with 110hp. There’s no automatic version, a pity compared to the Caddy’s DSG, but Nissan were early with the full-electric eNV200 for the ultimate in urban LCV solutions.

The cab interior is quite spacious for a compact van, but storage is moderate, you’ll need to find one with the optional folding passenger seat and under-seat drawers for best effect.

The base Visia version is just that, with Bluetooth and electric mirrors, the Acenta is best with ICE upgrade and an excellent reversing camera. That’s if you can live without air-conditioning, which only comes courtesy of the range-topping Tekna with its attendant cruise control and alloy wheels –neither of which are required in urban environments. As for faults, there are pleasingly few, baring some paint issues. When using this vehicle, it’s best to avoid mega-mileages.

5) Electric version - for urban use

3) Tekna trim - unless it’s a bargain