Following the Covid-induced slump, an economic recovery and a raft of new models should trigger an upturn in the compact van sector. 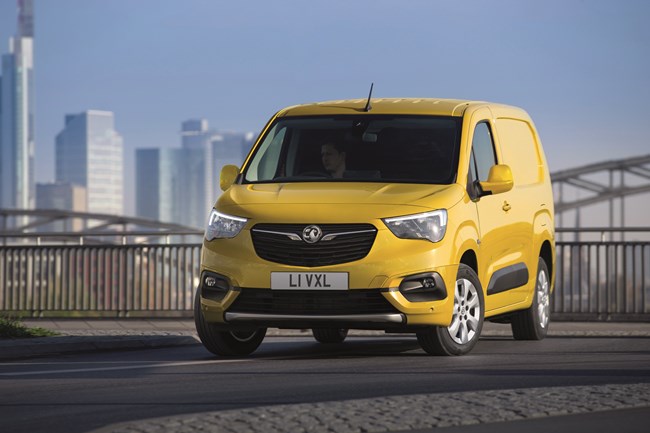 The lockdowns introduced last year to slow the spread of the coronavirus pandemic took an inevitable toll on the new van market. Sales of the smallest compact vans weighing less than 2.0t were hit particularly hard, falling by 34.4% to 17,158.

A big name with some catching up to do is Volkswagen’s Caddy, but luckily help is at hand with the new-generation Caddy 5 set to arrive by the end of the first quarter of 2021.

The 75hp and 102hp engines come with a six-speed manual gearbox and front-wheel drive, while the two more powerful engines can be purchased with an optional seven-speed auto, and the 122hp diesel is on offer with four-wheel drive.

Volkswagen will not market an electric Caddy 5, preferring to wait for the arrival of the battery-powered, mid-size ID Buzz Cargo in 2022.

By contrast, PSA Group is set to launch electric versions of its compact vans. Identical under the skin, these will be badged as the Citroen e-Berlingo, Peugeot e-Partner and Vauxhall Combo-e.

Expected in showrooms by the fourth quarter of the year, the models feature a 136hp electric motor and a 50kWh battery, allowing a range of up to 171 miles on the WLTP cycle, says PSA.

When connected to a 100kW rapid charger, the battery can be recharged to 80% within 30 minutes or fully charged in five hours using a 32A wall box.

There will be two vehicle lengths – 4.40m and 4.75m. Both are available as panel vans, and the latter is also available as a crew van.

An electric version of Toyota’s Proace City compact van, which shares the PSA platform, is also set to arrive before the end of the year.

Maxus launched its compact electric van, the eDeliver 3, last year and the model is now available as a refrigerated van converted by Coolvan. Coolvan worked with GAH Refrigeration to adapt its Le151C chiller unit to run off the vehicle’s 12v battery, minimising the impact on the eDeliver 3’s 150-mile range.

The refrigeration system is designed to deplete a fully charged 12v battery by a maximum of 8% during a typical working day, while an integrated on-board charger regulates recharging to maximise performance and minimise energy consumption.