The pick-up sector is under pressure but falling sales could get a boost
with the launch of new models this year. 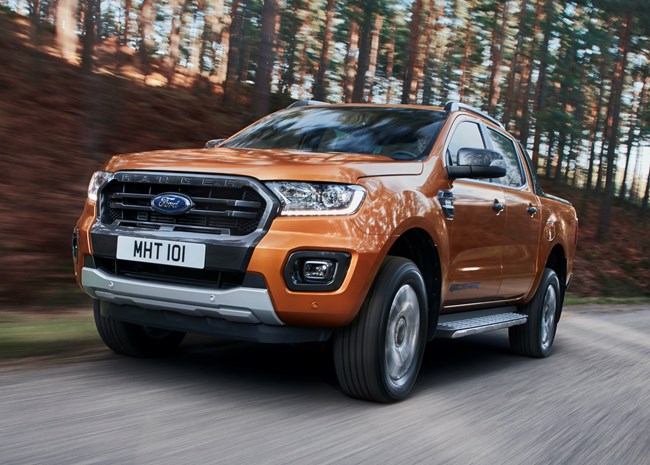 On the face of it, sales of new light commercial vehicles got off to an encouraging start in 2021 with January registrations up 2% year-on-year to reach 24,029.However, the increase was driven entirely by growth in the 2.5t to 3.5t sector, covering the medium and large vans that are currently in high demand for home deliveries. All other segments of the market saw a fall in registrations, with pick-ups and 4x4 LCVs no exception – down 25.8% to 2,550 and 30.6% to 93, respectively.

Although the UK’s most popular pick-up truck, the Ford Ranger, was the UK’s seventh best-selling LCV in January with 1,027 sold, the segment has been in decline for some time, with low-emission zones and regulations obliging manufacturers to cut the average emissions of their model ranges, likely taking their toll.

Both the Hilux and D-Max will be boosted by the arrival of new versions in 2021. While the Hilux just gets a facelift, it does include a new engine. The new 2.8-litre 200hp drivetrain will exclusively power the flagship Invincible X, with either six-speed manual or six-speed automatic transmissions, and will also be available on the Invincible version alongside the existing 2.4-litre, 150hp unit.

Toyota says trucks with more powerful engines with outputs of at least 175hp dominate the UK pick-up market and acknowledges that the company needs to up its game in the lifestyle market. The 2.8-litre drivetrain increases torque from 400Nm to 500Nm compared with the 2.4-litre version, and reduces the 0–62mph sprint from 12.8 to 10.1 seconds. Toyota claims C02 emissions on the WLTP combined cycle rise only marginally, from a minimum 241g/km to 246g/km, while fuel consumption also remains similar, going from 28.5mpg to 28.8mpg.

New features with the facelift include an 8in touchscreen with Apple CarPlay and Android Auto from the Icon grade upwards, front and rear parking sensors from Invincible upwards, and an updated navigation system and JBL Premium sound system for the Invincible X.

The next generation Isuzu D-Max keeps the 1.9-litre 164hp engine introduced in the current model in 2017 but will now require Ad blue to meet the latest emission requirements.

Isuzu is placing the new D-Max in three categories: Utility, All Purpose and Adventure. Utility consists of a 4x2 single-cab, 4x4 single-cab, extended-cab and double-cab (both 4x4). All of these have a six-speed manual gearbox.

All Purpose encompasses the DL20 extended-cab with manual gearbox and two double-cabs, one manual and one with a new six-speed automatic transmission, and the DL40, comprising manual and automatic double cabs.

The Adventure category houses the flagship V-Cross, which is available with manual or automatic transmissions.

As standard the new D-Max will have forward collision warning, autonomous emergency braking, lane departure warning and traffic sign recognition, which combines with an intelligent speed limiter to alter speeds between zones.

All models feature a forward-facing stereo camera that can detect pedestrians, cyclists and other vehicles.

Double-cab trucks come with a rear radar that enables additional advanced driver assist systems, such as a blind spot monitor. A warning light will flash if the driver indicates to move into the lane where a vehicle is detected. If the driver fails to take action, emergency lane keeping will adjust the steering to prevent the lane change. Isuzu claims this is the first time such equipment has been a standard fit on double-cab pick-ups in the UK.

Ford announced that its joint projects agreement with Volkswagen will see its Silverton plant in South Africa produce the next-generation Ranger alongside the new VW Amarok from 2022. Meanwhile, Ford is to launch a rally-inspired version of the Ranger in conjunction with converter MS-RT this summer.

Turning to the niche 4x4 LCV sector, the clear best-seller in 2021 was the Land Rover Discovery Commercial (1,267), distantly followed by the Toyota Land Cruiser (172), Mitsubishi’s Shogun Sport (93) and the new Land Rover Defender, which found buyers for nine models after its launch late last year.

In other 4x4 news, Ineos Automotive, which had announced it would build its Defender lookalike the Grenadier in Bridgend, Wales, has shifted production to France.