Electric technology is beginning to move in from the margins in the large van sector. 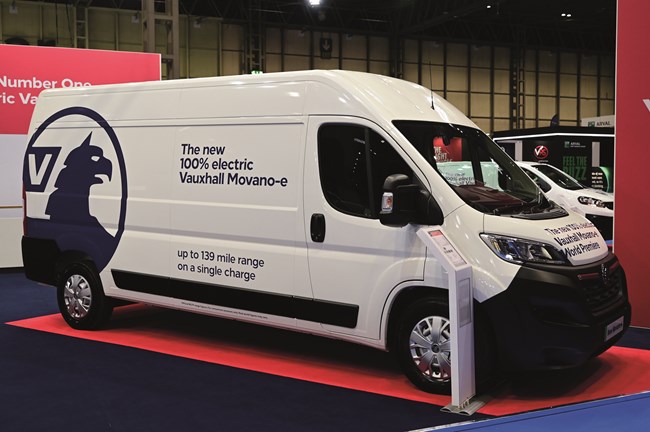 Sales of vans in the 2.5 to 3.5t segment, which contains medium and large vans, continued to drive the market forward in August –  traditionally a low-volume month, coming as it does before the plate-change month of September.

Registrations rose 7% to 14,159, to account for 69% of the total new market in August, according to the Society of Motor Manufacturers and Traders, as demand for online shopping deliveries and from the construction sector remained robust.

The Ford Transit was the biggest selling large van in August (and the second best seller overall behind its smaller sibling the Transit Custom) with 2,161 registrations, ahead of the Mercedes-Benz Sprinter on 1,654.

Citroen’s Relay also squeezed into the top ten on sales of 467 units. The Transit and Sprinter were also the top-selling large vans over the year to 31 August.

The Commercial Vehicle Show returned at the end of August and large electric vans featured prominently at the event. Pride of place went to Ford’s E-Transit, which will cost £42,695, excluding VAT, when it goes on sale next year.

The E-Transit comes with 68kWh battery capacity, which provides a claimed range of up to 196 mls on the WLTP cycle.

The E-Transit is available in two grades, Base and Trend, in a range that covers 25 variants with van, double-cab-in-van and chassis cab body styles and a payload that tops out at 1,758kg.

Ford has also announced a number of upgrades to the Transit. Among the changes, to take effect on models produced from spring next year, are the introduction of pre-collision assist with pedestrian detection, autonomous emergency braking, and lane-keeping systems as standard on Trend, Limited, and Trail trim levels. Also being made available with the Transit range are Ford’s Sync 4 infotainment system with a 12in touchscreen, reverse brake assist, and a 360º camera.

The limited spec will get a high-mounted rear-view camera with LED downlighter too.

Vauxhall gave a global debut to its Movano-e at the NEC, and has also revealed details of its new diesel-powered stablemate.

Maxus displayed a long-wheelbase derivative of its e Deliver 9 large electric van at the CV Show but announced it will introduce a short-wheelbase version to the line-up this year with order books opening in the fourth quarter.

Maxus has also partnered with telematics provider Geotab to introduce the Maxus Intelligence Onboard solution, which it says provides data driven insights through the Geotab software platform, including near real-time insights into state of charge, energy used, energy cost, live GPS tracking and charging data.