Sales of compact vans slumped in September but a raft of forthcoming new products should provide a timely boost. 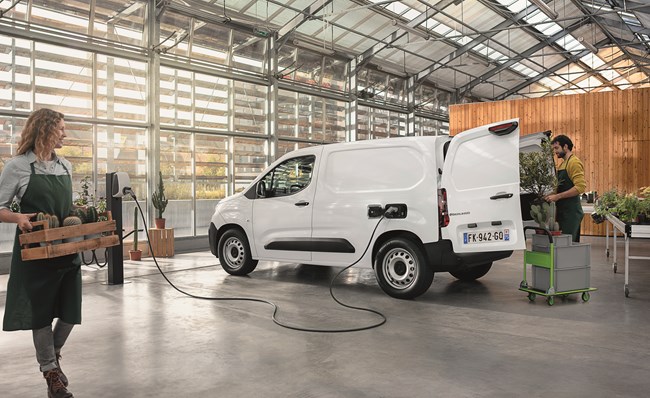 Just one compact van, the Ford Transit Connect, made it into the top ten sellers list in September – sneaking in in tenth position with 1,030 registrations.

In the year-to-date the Citroen Berlingo, last year’s best-selling compact van, was the seventh most popular light commercial overall with 8,618 sales, ahead of the Transit Connect on 8,404.

It is hoped the arrival of new blood over the coming months will give the compact van sector a shot in the arm.

Despite production delays, the Stellantis group’s electric vans the Peugeot e-Partner, Citroen e-Berlingo and Vauxhall Combo-e should arrive in showrooms before the end of the year. Order books are already open; excluding both VAT and the PiVG, the Peugeot and Citroen versions are priced from £27,910 to £30,260, while the Vauxhall ranges from £28,210 to £31,190. Hot on their heels will be Toyota’s Proace City Electric, which piggy backs the Stellantis platform.

The new Renault Kangoo will go on sale in 2022 and once again be available in two body lengths. UK specifications are not yet pinned down but there are likely to be two petrol and three diesel engines on offer, including an Ecoleader model, which will combine fuel saving systems like a 68mph speed limiter with an Eco-Mode to help cut fuel consumption by 12%. There will also be a pure electric model available – the Kangoo E-Tech, which replaces the Kangoo Z.E name – and will likely have Business and Business+ trim levels. The Kangoo has undergone a redesign, bringing it into line with the Renault family of passenger cars, and now has a distinctive grille and headlight design with C-shaped LED daytime running lights. It also has a larger rear loadspace and cabin.

Where the Kangoo goes Mercedes’ Citan, which is a rebadged version of the French van, is sure to follow and the new version will also break cover next year. As always, Mercedes was keen to stamp its mark on the model and the new Citan is more aligned to its larger Vito and Sprinter stablemates with its revamped looks, getting a new grille, headlights with LED daytime running lights and a new rear design. Mercedes has also adjusted the suspension and dampeners to create different driving characteristics to that of the Kangoo.

Nissan’s forthcoming compact van, the Townstar, is also being built on the Kangoo/Citan platform. Available with petrol and electric powertrains but no diesel option, the Townstar replaces the short-lived NV250 and the more successful electric E-NV200 in the brand’s line-up.

Ford has revealed details of its facelifted Fiesta Van, which will go on sale at the start of 2022. The car-derived van lines up in the compact van sectors beside its stablemates the Transit Connect and Transit Courier.

It will be offered in two trim levels, Trend and Sport, priced at £16,715 and £16,790, respectively, excluding VAT. The Fiesta Van gets a new exterior design, interior upgrades and new driver assistance features.

Power comes from a 1.0l 125hp 48-volt mild hybrid Ecoboost petrol, which is also used in the Courier. The engine achieves claimed fuel efficiency of 56.4mpg and CO2 emissions from 113g/km on the WLTP cycle.