The new LCV market bounced back strongly in 2021 and mid-sized vans propelled the sales increase. 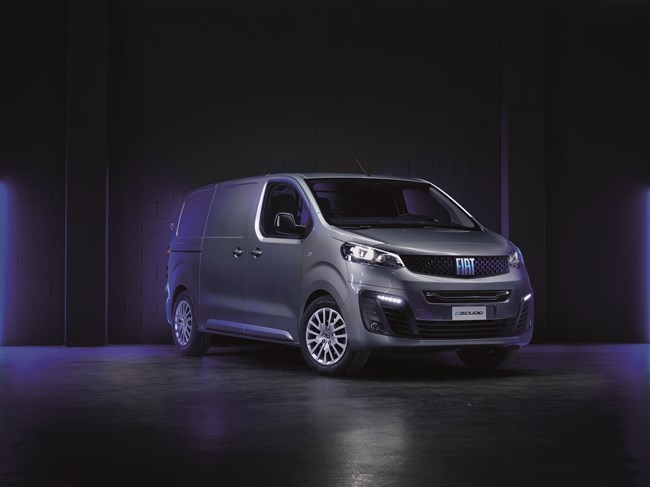 For the year overall, the Society of Motor Manufacturers and Traders said demand from the home delivery and construction sectors drove up sales.

Three medium vans were among the top five selling vans of last year with the Ford Transit Custom, not surprisingly, way out in front on 53,394 registrations. The Volkswagen Transporter was the fourth top seller of 2021 with 21,190 sales and the Vauxhall Vivaro was fifth on 17,957.

On the product front, Fiat Professional has revised the name of ‘Scudo’ for its medium van.

In the years since the previous Scudo was withdrawn in 2016, the brand’s medium van offering was called the Talento, which was based on the same platform as the Renault Trafic. The new Scudo is based on the EMP2 platform used by the Peugeot Expert, Citroen Dispatch, and Vauxhall Vivaro – vans from other brands in the Stellantis group, which Fiat joined earlier this year. The Toyota Proace also shares the platform.

Order books for the model opened just before Christmas. It is available with a choice of four diesel engines, producing 100hp, 120hp, 145hp and 180hp, or a 136hp electric motor. The latter comes with either 50kWh or 75kWh capacity batteries, with a driving range of up to 205 miles on the official WLTP cycle.

All versions of the Scudo offer up to 6.6m3 load volume. Payloads are up to 1.0t with the electric versions, and 1.4t with diesel. The Scudo is available with 14 ADAS features, including automatic road sign recognition, automatic emergency braking, lane departure warning, blind spot alert, and a 180º reversing camera.

Vauxhall unveiled a prototype hydrogen van at the CV Show in August, the Vivaro-E Hydrogen, and in December its sister brand Opel launched the first production hydrogen van, which has joined the fleet of appliance manufacturer Miele in Germany.

Vauxhall is speaking to UK business customers now about the model, with right-hand drive vans set to arrive from early 2023.

The Vivaro-E Hydrogen features a 45kW fuel cell, and has a driving range of more than 249 miles on the official WLTP cycle, while its hydrogen tank can be refuelled in three minutes.

Alternatively, the van’s 10.5kWh battery can be plugged in for external charging, offering up to 31 miles of pure battery range.

Meanwhile Renault provided a glimpse of its next generation Trafic in November. The new model is set to differ from its predecessor due to a now-look front end, redesigned cabin, new and more powerful engines ranging from 110 to 170hp, and updated in-vehicle technology.