Supply problems continue to hamper sales but a raft of new models is waiting in the pipeline. 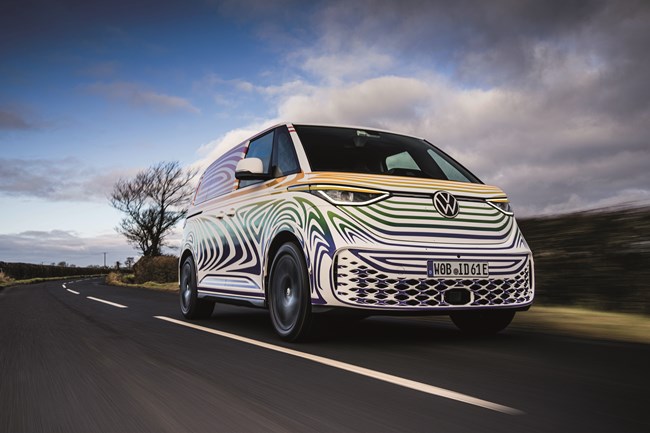 Global component supply problems, particularly the ongoing semiconductor crisis, coupled with the tightening economic squeeze on businesses and households have continued to stall the new LCV market’s recovery from the coronavirus pandemic in the first quarter of 2022.

Sales in the largest 2.5 to 3.5t sector, covering medium and large vans, were down by a fifth year-to-year to 51,452 units, according to the Society of Motor Manufacturers and Traders (SMMT).

The SMMT said the market was also running at 27.6% below pre-pandemic levels in the year to 31 March.

The Ford Transit Custom took its usual place at the top of the sales chart in Q1 with 13,833 registrations and three other medium-sized vans made it into the top ten: The Vauxhall Vivaro was the third best seller (4,757), the Volkswagen Transporter was seventh (3,349) and Peugeot’s Expert was ninth (2,515).

The Ford Transit Custom also topped the LCV sales charts in the plate-change month of March with 8,372 registrations – enough to again make it the UK’s best-selling vehicle overall.

On the new product front, more details have emerged of Volkswagen’s first purpose-built electric van the ID.Buzz Cargo, which is set for an October launch date. Based on the group’s MEB electric vehicle platform, the ID. Buzz is slightly smaller than the VW Transporter. It will be introduced with a 150kW motor, driven through the rear wheels and fitted with a 77kWh battery pack that VW claims will make it capable of reaching up to 250 miles on a single charge.

The first version of the ID.Buzz will have a payload of 580kg but there is scope to raise this by choosing a smaller battery, which is set to become available at a later date. With no compromises to an ICE equivalent, the battery pack is integrated within the chassis to improve handling.

The ID. Buzz Cargo has a 4.0m3 load bed with 1.25m of internal height, 1.7m across the width and a 2.2m load length. A load-through bulkhead can add 450mm to the load length and the cargo bay contains six tie down points.

Mercedes-Benz has upgraded its eVito electric van with a larger, 66kWh battery, allowing a range of up to 162 miles on the official WLTP cycle, while a 10-80% battery charge is possible in 35 minutes using a public rapid charger. Alternatively, a full charge takes six-and-a-half hours using an 11kW wallbox. The updated eVito gains a new ‘DAUTO’ driving mode, which allows the van to automatically adjust levels of battery energy recovery when on the move, to maximise efficiency.

Prices start at £43,600 for an L2 Progressive van, excluding both VAT and the government’s plug-in van grant (PiVG). Europcar Vans & Trucks has launched a new demo programme for the eVito. It is offering the use of an eVito for a few days or weeks, allowing businesses to evaluate how and where an all-electric van can be best used within their fleet operations, without actually having to commit to a major capital expense.

Fiat Professional has launched its new Scudo medium van along with its electric sibling, the e-Scudo.

The diesel is available with a choice of four engines, producing 100hp, 120hp, 145hp and 180hp. The eScudo comes with a 136hp electric motor with either 50kWh or 75kWh capacity batteries, the latter giving a driving range of up to 205 miles on the official WLTP cycle. Prices start at £25,750, excluding VAT, for the diesel and £35,720, excluding VAT and the PiVG for the electric van.

Renault is expected to introduce an electric version of its Trafic before the end of the year but in the meantime Renault Trucks is to start selling the conventional Trafic through its 73 UK dealerships, with the emphasis on conversions such as fridge vans.