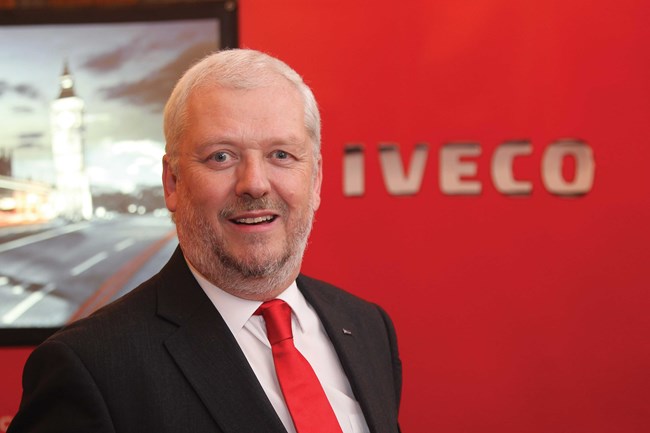 Martin Flach, who most recently served as alternative fuels director for a decade, has retired from Iveco after more than 20 years at the firm.

He was welcomed into the Hall of Fame at the What Van? Awards 2018 for his work in promoting environmentally-friendly LCVs, in particular for lobbying the government to raise the weight allowance for electric vans that can be driven by standard licence holders from 3.5t to 4.25t.

Graduating with a BSc in electrical and electronic engineering from Middlesex University, Flach was recruited by what was then Ford’s truck division. Having spent eight years there he joined Iveco Ford Truck in 1986 after the merger of Iveco and Ford’s truck activities and remained with Iveco after the formation of Iveco Ltd in 2003.

As alternative fuels director he was responsible for Iveco’s light, medium and heavy product ranges. Before that he was product director for the UK and the Republic of Ireland.

He worked for Iveco in Italy at the company’s Brescia factory and at its Turin headquarters as chief engineer responsible for the medium product range and as line manager for medium and heavy product.

A resident of Ross-on-Wye in Herefordshire, Flach is a steam railway enthusiast who has been observed working as a guard on charity Steam-Up days organised by world-renowned narrow gauge railway specialist Alan Keef Ltd in the nearby village of Lea.