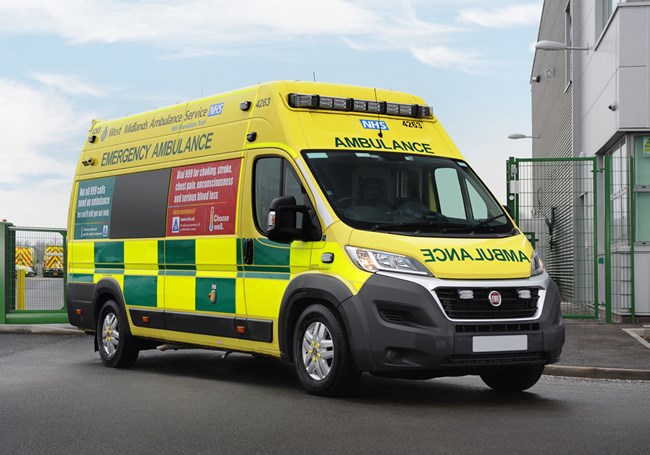 Fiat Professional has revealed it is to launch an electric version of its Ducato large van.

UK boss Richard Chamberlain said a plug-in variant of the model was already being trialled with customers in Europe and, although he would not be pinned down on a date, claimed its arrival in the UK was “not a million miles away”.

Chamberlain pointed out a BD Auto-converted electric Ducato had already been made available through the Guest dealer group in response to a customer order.

Fiat Professional displayed liveried versions of its Fiorino, Doblo, Talento and Ducato vans at the NEC, with pride of place taken by a Ducato ambulance conversion.

The brand claims it has contracts with nine of the 13 Ambulance Trusts operating in the UK.

Chamberlain says Fiat Professional will launch a new Ducato in 2021 under the Sevel Partnership with PSA, which historically has seen the Ducato, Citroen Relay and Peugeot Boxer produced at the Sevel Sud plant in Val Di Sangro, Atessa, Italy.

Following PSA’s acquistion of Opel/Vauxhall in 2017 the agreement going forward will also take in production of a large van for these brands.

In the meantime the Euro 6.2 Ducato will be available from June with a 2.3-litre engine and power outputs of 130, 160 and 180hp, according to Chamberlain.