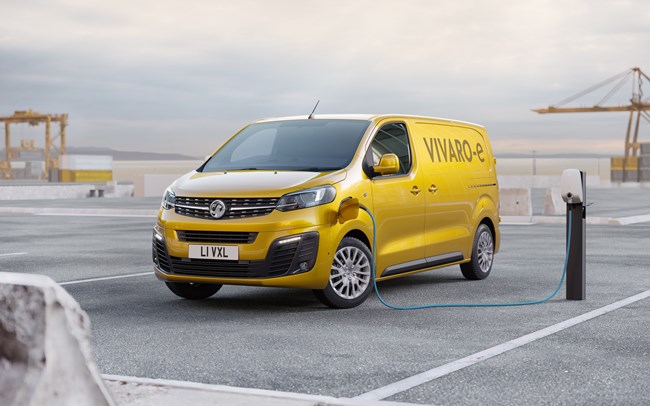 Vauxhall has announced that the electric version of its Vivaro medium van will arrive next year, with a choice of two battery packs.

Badged the Vivaro-e, it will come with either a 50kWh battery, said to offer a driving range of up to 125 miles on the WLTP test cycle, or a 75kWh battery, with a range of at least 185 miles.

With the Vivaro built on parent company PSA Group’s EMP2 platform, which allows both conventional and electric powertrains to be used, Vauxhall claims the electric model will offer the same practicality and comfort as its diesel counterpart.

The electric Vivaro will then be followed by an electric Combo light van in 2021, when an electric version of the passenger-carrying Vivaro Life variant will also arrive.

Vauxhall is planning to offer electrified versions of its entire product range, including vans and cars, by 2024.