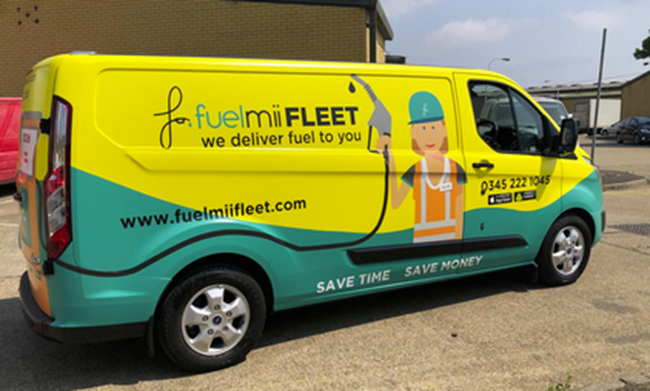 Fuel delivery service Fuelmii claims to have saved businesses an average of £22,500 a month, as well as hundreds of hours of employee time, in its first year of operation.

The service, said to be the first of its kind in the UK, became fully operational in July last year.

By consolidating all refuelling trips into one, it says it has helped dozens of businesses to cut carbon emissions, including DHL, Aussie Man & Van, Lola’s Cupcakes, Powerday and Mick George.

Customers can choose a one-off or regular delivery slot, stating the amount of fuel or AdBlue required and the number of vehicles, and the fuel is then delivered and dispensed by an ADR-certified driver in a specially adapted van.

Fuelmii’s system also allows users to track and download refuelling reports, so fleet managers know how much is being spent, where and when.

Fuelmii CEO Tuguy Dervish said: “Refuelling a fleet is an unnecessary waste of a business’s time and money – with drivers often diverting and wasting time filling up their tanks.

“This makes no sense in the 21st century, when so many services now deliver more conveniently straight to our doors.

“While lots of businesses are making crucial commitments to cut down emissions in the coming years, fuel delivery is a simple but incredibly effective change that firms and local authorities can make right now to drastically improve their carbon emissions.”