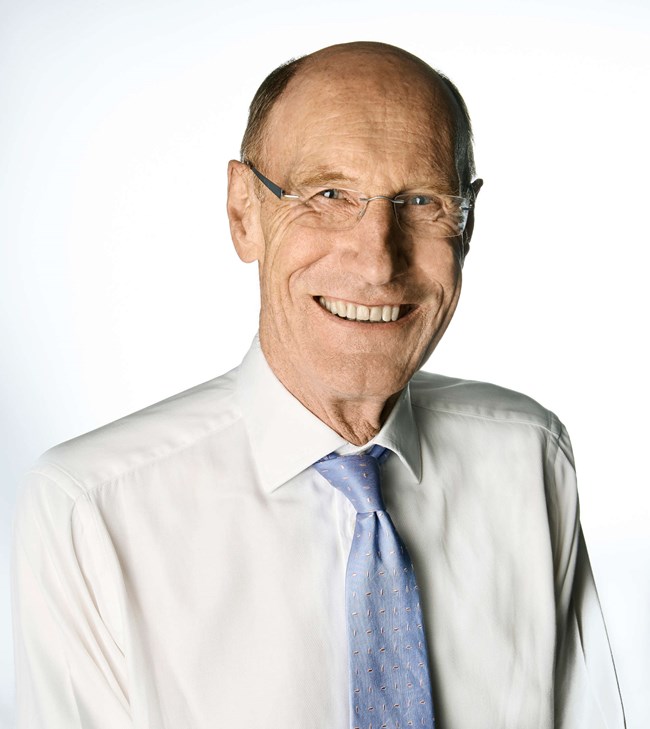 Local authorities and the national government need to factor in van deliveries when planning new settlements and upgrading existing towns and cities, the UK’s infrastructure tsar has said.

Sir John Armitt CBE, the chair of the National Infrastructure Commission (NIC) told What Van? that the freight industry is often overlooked when new towns are planned and accused the government of not understanding the needs of van operators.

“You don’t hear the question, ‘how are we going to distribute freight and deliveries? And do we need collection points? And what’s the most efficient way to do that?’”

“From an overall planning point of view we need to be banging the drum to be recognised as an essential part,” he added.

According to Sir John, freight “has certainly not been central to planning thinking and therefore it hasn’t been in the headlights for the government” for several years and he warned that unless freight’s needs are “bumped up the priority list and given more attention in the future” the government risks not being able to meet its targets to reduce congestion and cut pollution.

The government established the NIC in 2015 to provide impartial advice on long-term infrastructure challenges to ministers and has released an interim report looking at the future of the freight industry, prior to publishing a full report in the spring.

In its interim report, the group said the government’s current approach to freight policy is “piecemeal and fragmented into individual modes” adding that it has “struggled to proactively confront future challenges.”

As well as calling for freight operators to be given a bigger voice when planning new settlements, Sir John told What Van? the industry needs to get a better handle on data in the future, echoing a recent survey from the Renault-Nissan-Mitsubishi group which claimed that 30% of all van fleet operators believe they need smarter technology to function more efficiently.

He explained: “There’s a lack of data around the freight sector and more data could generate better decisions or enable you to make better decisions about the ways in which freight is moved. There should be technology which will send signals to delivery vehicles according to road use and congestion in front as to the best route and fire back an optimum route for all of a driver’s deliveries, either from an efficiency point of view or a congestion point of view.”

In conclusion Armitt warned that the data gathering technology would need to be powerful and efficient enough to avoid inadvertently creating more congestion.

“Because if we’re not careful it will send everyone the same way,” he said.