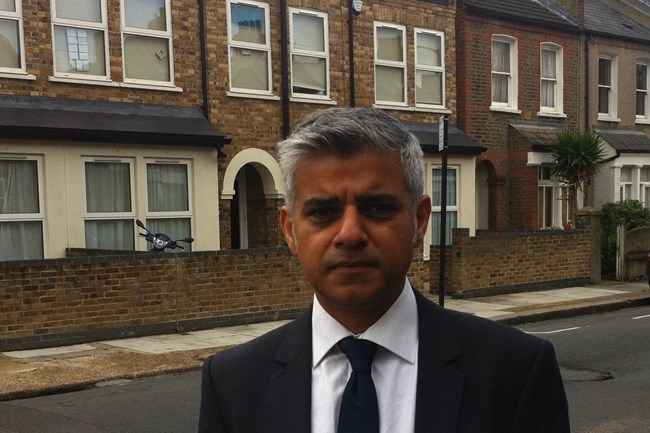 'We’re making it easier for them to apply for the scheme,' Khan said

The mayor of London, Sadiq Khan, has confirmed his van scrappage scheme has been extended to cover sole traders and non-VAT-registered businesses, closing a loophole that meant small business owners could not access funding for new vans.

Originally launched in February, the scheme funded by Transport for London (TfL) was only open to businesses either registered at Companies House or VAT-registered, despite it being aimed at helping micro-businesses take polluting vans off the road and replace them with vehicles compliant with the Ultra-Low Emission Zone (ULEZ).

From a claimed £48m pot, TfL offers £6,000 to scrap a non-compliant vehicle and replace it with an electric vehicle, or £3,500 to replace a scrapped vehicle with a Euro6-compliant van.

“We realise many sole traders who are working hard are not eligible for a variety of reasons and they want to do the right thing. What we’re doing is we’re making it easier for them to apply for the scheme,” Khan said at a Mayor’s Question Time event when questioned by Caroline Pidgeon, the deputy leader of the London Assembly Transport Committee.

TfL has not published figures for the take-up of the scheme, but in May Alex Williams, director of city of planning at the organisation, told What Van? that around 900 applications had been received since its launch on 22 February, a figure he described as “good”.

Sources within the assembly have indicated TfL and the mayor are reluctant to release statistics unless there is a high take-up, as the mayor has been calling on the government to introduce scrappage schemes for several years, suggesting that a slow take-up would undermine his argument.

Williams previously said – before the ULEZ went live on 8 April – that he expected the take-up of the scheme to increase once non-compliant van drivers were charged £12.50 a day to enter the area.

“I think we may see an increase in applications when ULEZ goes live, as when people see they have to pay they will think ‘do I want to continue to pay or should I seek an alternative vehicle?’” he told What Van?