Mercedes to axe X-Class pick-up, according to reports 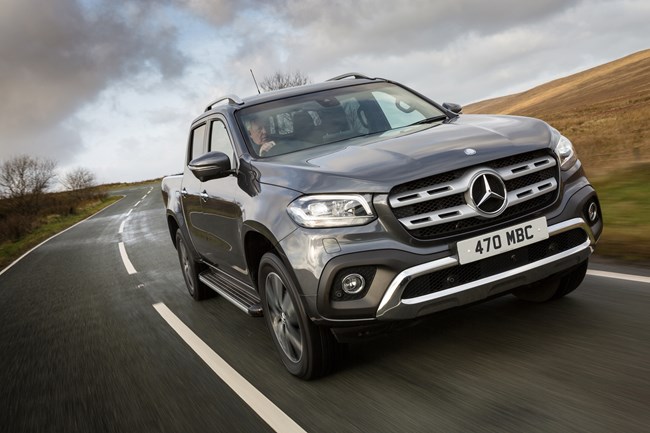 Mercedes-Benz is to drop the X-Class pick-up truck from its line-up less than two years after launching the model, according to a report in Automotive News Europe (ANE), which cites sources at the vehicle manufacturer.

Mercedes’ parent company Daimler reportedly said weak sales led to the decision and the model’s high price would seem to be the most likely explanation for the lack of customer demand.

The X-Class is based on the Nissan Navara (it is built alongside the Navara at Nissan’s plant in Barcelona) but costs far more than the Japanese brand’s model.

The top of the range X350d Power, albeit powered by a Mercedes-developed engine,  is priced £40,110, all prices exclude VAT, compared to the £29,275 price tag of the flagship Navara Tekna. The X-Class is also more expensive than its closest rival, the Volkswagen Amarok, although the special edition Amarok Aventura does run it close at £39,960.

ANE said Mercedes sold just 16,700 X-Class trucks last year across Europe, Australia and South Africa, the markets where it is available. In February Mercedes dropped plans to build the X-Class for South American markets at a Renault-Nissan plant in Argentina.

By comparison Volkswagen sold 74,400 Amarok units globally last year and sales of the world’s best-selling pick-up, the Toyota Hilux, were just under 550,000.

Last month Daimler cut its profit forecast again as it set aside more money for regulations covering diesel vehicle emissions. It forecast that return on sales for the Mercedes-Benz Vans division would fall by 2% to 4%.

What Van? asked Mercedes-Benz Vans UK for a comment on reports that it is to withdraw the X-Class but was told Daimler does not comment on speculation.