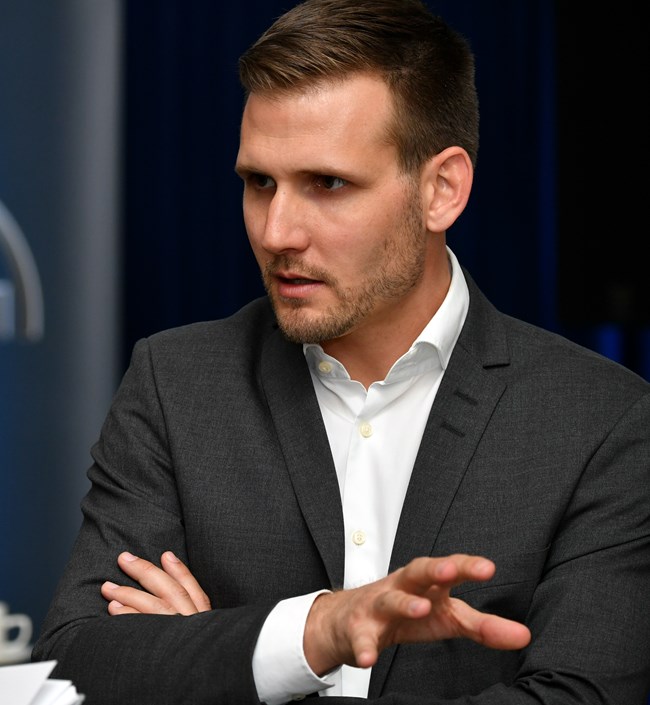 Sales of MAN TGEs should double or even triple in Britain this year compared with 2018 says Daniel Holbein, newly-appointed as the manufacturer's UK head of van. Sounds impressive - but registrations of the Volkswagen-Crafter-based TGE are starting from a comparatively-low base.

Last year they totalled a modest 660. Doubling or tripling them would get them to 1,500 to 2,000, a rise which is unlikely to give Ford executives sleepless nights - but Holbein is determined not to chase volume at the expense of profit.

Rather than snatch at low-margin big-fleet registrations, he is instead targeting small- to medium-size businesses that want something MAN can deliver, but many others cannot; late-night aftersales support.

"It's service while you sleep," he said.

MAN's truck-based service and repair heritage means that 30% of its 69 dealer workshops open 24/7 five days a week. All MAN workshops are obliged to remain open from 6am to 10pm Monday to Friday as a minimum standard, and many of them stay open on Saturdays too.

"It is often possible for TGE owners to drop their van off at one of our dealer workshops last thing at night, then pick it up first thing the next morning with all the work done," Holbein said.

Factory-built panel vans make up the majority of TGE registrations, but Holbein is eager to explore more specialist markets, with a low-height front-wheel-drive chassis cowl exhibited at this year's Commercial Vehicle Show. It sits 190mm lower than the standard TGE chassis and could be used as a basis for walk-thru Luton and box-body conversions.

MAN has also added a 17-seater 5.0-tonne rear-wheel-drive minibus to its line-up, converted in the UK by Minibus Options.

There is still no firm date for the British launch of a right-hand-drive electric TGE though. Holbein would like one, and can see its potential; but like his customers, he's having to wait.