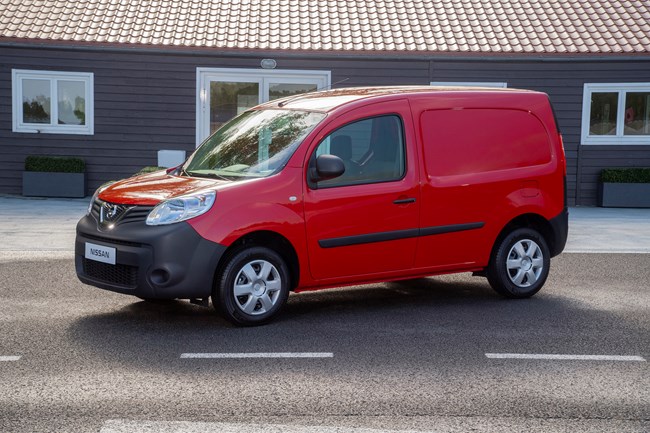 The NV250 arrives in showrooms in September

Nissan’s new NV250 light van is to replace diesel versions of the NV200 in its line-up, according to Paulo d’Ettore, LCV director for Nissan Europe.

D’Ettore told What Van? production of internal combustion engine (ICE)-powered NV200 vans would stop in July 2019 before the latest Euro6D emission standards come into force and prior to the arrival of the NV250 in showrooms in September.

In addition he said the NV250 would be available in a greater number of bodystyles and was more compatible for conversion than the NV200.

Nissan will continue to market the electric eNV200, however, and d’Ettore said that despite Renault’s production of the plug-in Kangoo Z.E., there are currently no plans for an electric version of the NV250.

Nissan introduced a new 40kWh battery to the eNV200 a year ago, increasing its range by a claimed 60% to up to 187 miles compared to the previous 24kWh model and d’Ettore claimed that since the upgrade Nissan had received more than 10,000 orders across Europe for the electric van.

He described the NV250 as a benefit of the alliance between Nissan and Renault, (which now includes Mitsubishi), that “allows for [product] synergy and allows us to get the most from technology”.

He said Renault was taking the lead on vans while Nissan was driving developments in pick-ups, with the Navara, and SUVs.

Earlier this year Renault revealed a concept for its next Kangoo but d’Ettore explained that because this could take a long time to reach production form Nissan had decided to base its NV250 on the current Kangoo.

“Meanwhile we need to maintain an offer for customers,” he said.

The Navara pick-up will also get a makeover with new engines and five-spring suspension, which already features in double-cabs, added to the King-cab model.