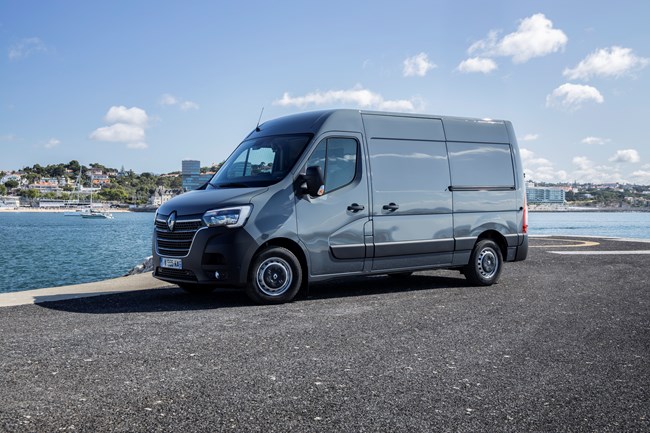 The Renault Master and the Vauxhall Movano have jointly won the prestigious What Van? Light Commercial Vehicle of the Year Award for 2020.

What Van? praised the two heavily revised large vans, which are built on the same platform at Renault’s plant in Batilly, France for their refined and efficient Euro 6 2.3-litre twin-turbo diesel engines, which span outputs from 130 to 180hp, the breadth of the model ranges, with load volumes going up to 17m3 and top payloads of more than 1,500kg on 3.5t models and for the wealth of new driver assistance features the brands have introduced to the vans.

The Master and Movano have shared a platform under a partnership between Renault and Opel/Vauxhall stretching back to 1998.

This arrangement, however, will come to an end in the not too distant future when the Movano will come under the umbrella of Vauxhall’s new owner, the PSA Group, and likely become a rebadged version of the Citroen Relay and Peugeot Boxer.

What Van? editor James Dallas said:  “It is appropriate to recognise the latest, outstanding derivatives of the Master and Movano  at the What Van? Awards 2020.

“With an electric model already available and a hydrogen-powered version to come Renault is looking to the future with the Master, which offers a breadth of choice unrivalled in the large van sector.”

Turning to the Movano, Dallas added: “All good things must come to an end and with this likely to be the last Vauxhall-badged large van to emerge from the manufacturer’s long-standing partnership with Renault, the Movano, under its current lineage, is going out in style.”

Other highlights at the What Van? Awards 2020 included Ford winning the Green Manufacturer of the Year Award for the introduction of its Transit Custom PHEV, Volkswagen capturing the Medium Van prize with its Transporter T6.1 and MS-RT taking the Editor’s Choice Award for its innovative Ford Transit Connect conversion.

A pair of new categories joined the group of Industry Awards, with BCA winning out as the Remarketing Company of the Year and Mercedes-Benz Vans retailer Rygor Commercial being crowned Van Dealer of the Year.