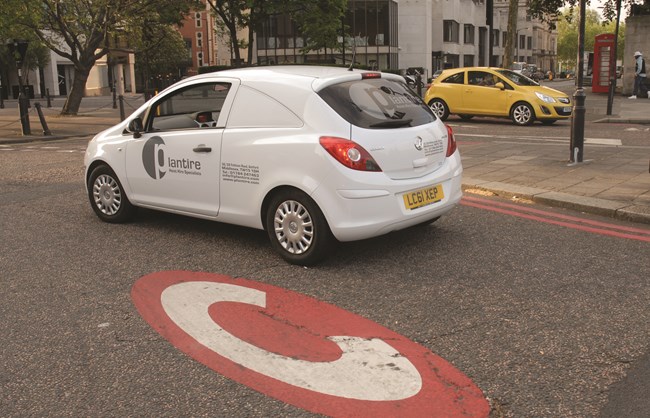 A high proportion businesses that run vans are unprepared for the introduction of the London Ultra Low Emission Zone (ULEZ).

That’s according to hire firm Europcar, which, in a survey, found a quarter of businesses that use vans hadn’t made plans for the  charging zone even as late as February, while 12% either weren’t sure what the requirements of the ULEZ would be or had never even heard of it.

Under the ULEZ, which comes into force on 8 April, diesel vans must be compliant with the Euro 6 emission standard, and petrol vans with the Euro 4 standard, or face a £12.50 a day charge to enter.

In Europcar’s research 34% of London-based businesses said the ULEZ would be the single biggest transport issue they faced in 2019, but only 36% said they fully understood the impact in terms of emissions.

Europcar says this is particularly concerning because 59% of firms surveyed use vans every day of the week, meaning a potential annual charge of £4,500 per van for non-compliance.

It’s not just London businesses that will need to contend with the ULEZ, with more than a quarter of all UK firms having between 11% and 50% of their fleet in London on a regular basis.

Europcar director of commercial vehicles Stuart Russell said: “The regulatory changes that the ULEZ is set to bring are going to have a significant impact for businesses around the UK, not just those that are based in London.

“Many businesses trade within this zone and could be liable to this daily charge.

“We have seen significant interest in our mid- to long-term rental products as businesses of all sizes look for solutions to the introduction of ULEZ.

“With our Europcar services, we provide access to compliant vans in the UK that feature the latest automotive technology. These vehicles enable businesses to not only reduce their carbon footprint but eliminate the ULEZ charges.”

Concerns about the ULEZ have also been reported from a recent automotive business evening held by Concept Vehicle Leasing.

Managing director Paul Bulloch said firms felt there was a lack of clarity and understanding about future automotive regulations, such as the planned expansion of the ULEZ in 2021.