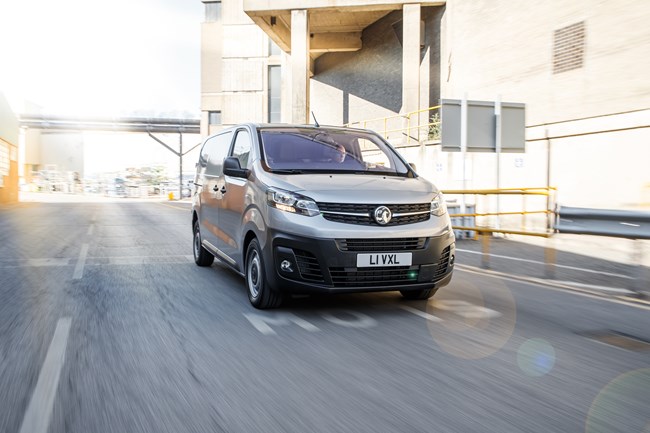 Vauxhall is aiming to achieve a 25% uplift in light commercial vehicle sales in the three years from 2017, when the PSA Group bought the brand, to 2020.

The Luton-based manufacturer has admitted that it made a loss in the 20 years prior to the takeover.

Vauxhall’s LCV director Derek Wilson claims the brand is ahead of schedule in the year-to-date with volumes up 34% year-on-year. This growth has been largely driven by the new Combo light van, which is based on the Citroen Berlingo and Peugeot Partner, and went on sale in November 2018. Compared to its predecessor, which was a rebadged Fiat Professional Doblo Cargo, sales were up 310% in the first five and a half months of the year to 4,856 units, according to Wilson.

A facelifted Movano, based on the Renault Master, will go on sale in September, priced from £27,745, excluding VAT, before the first PSA-produced Vauxhall large van comes to market in around 2021.

The third generation of Vauxhall’s biggest selling van, the medium-sized Vivaro, arrives in showrooms in July. Although built at the Luton plant, which Vauxhall has refurbished with a £100m investment, the new Vivaro is based on PSA’s models the Citroen Dispatch and Peugeot Expert.

The previous two generations of the Vivaro, launched in 2001 and 2014 respectively, were rebadged versions of the Renault Trafic.

All powertrains come with a six-speed manual gearbox, except for the 180hp unit, which gets an eight-speed automatic from launch. The auto box will then be added to the 2.0 120hp version in 2020.

Vauxhall’s CV product manager Brad Miller says the ambition is for the Vivaro to regain its position as the UK’s second best-selling medium van, behind the Ford Transit Custom.

PSA instigated an overhaul of Vauxhall’s LCV retail operation at the start of the year and the brand now has a 62-strong Van Business centre network.