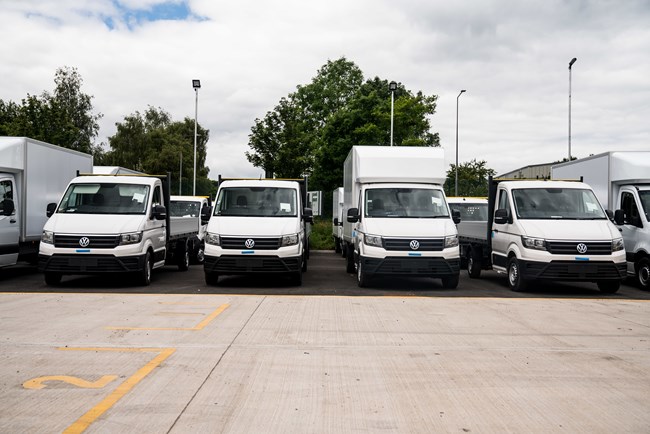 Volkswagen Commercial Vehicles has more than doubled its share of the converted van market in the past 12 months, it has announced.

The firm attributes its success – which represents a 7% market share – to its Recognised Partner programme for converters, with 17 now involved, and to its Engineered to Go scheme, which offers off-the-shelf conversions for the Crafter, with Caddy and Transporter conversions also set to be available soon.

VW is now aiming for further expansion through the addition of further Engineered to Go products in 2020, including refrigerated vehicles and minibuses.

It has also announced an expansion of its augmented reality service to converters, which allows its technicians access to headsets that connect directly with converters to help identify issues and carry out repairs in real-time.

Specialist sales manager Nick Axtell said: “Our success in the van conversion segment is testament to more than two years of continued investment and effort by the business and our network of suppliers in the marketplace.

“We want every customer that walks through the door to experience the same seamless journey whether they’re purchasing a Crafter tipper or leasing a standard Transporter panel van.

“The Recognised Partner programme, which celebrates its two-year anniversary this month, has been particularly successful and we’re delighted that the UK business model could now be replicated globally by the brand.”