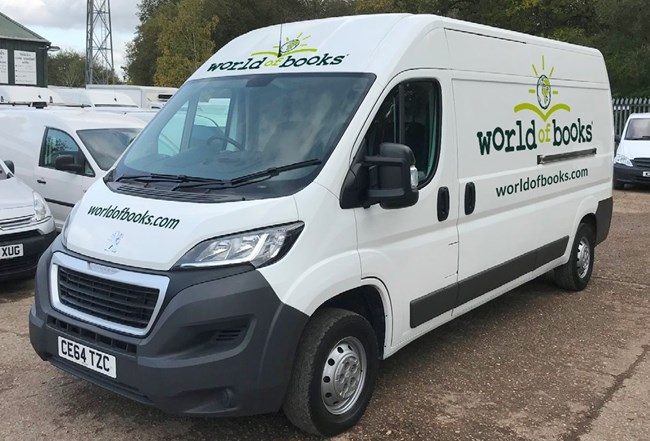 More than 27,000 miles were saved by used book seller World of Books’ van fleet in January thanks to routing software from Paragon, the firm has said.

World of Books has a core fleet of 70 vans and drivers covering up to 80 routes each week.

This is then supplemented with short-term rentals and agency drivers during peak periods, with the fleet increasing in size by as much as 50%.

World of Books says having adopted Paragon’s multi-drop routing software at the end of last year, it saved more than 27,000 miles year-on-year in January while collecting an average of 480 tonnes of books each week.

Each client’s shop is assigned a fixed day of the week for collection and contacted 24 hours before to confirm it is required and the volume of books to be collected. The multi-drop routing software factors in vehicle payloads as well as any access restrictions at each location to create the most efficient routes.

World of Books initially trialled the system at its Goring-by-Sea processing hub, before rolling it out across its entire operation.

Following its implementation the company says it has been able to consolidate its day-to-day transport planning process, moving from a local resource at each warehouse location to a single team at its central transport office.

World of Books head of stock and logistics Steven Murray said: “As part of our plan to achieve a 30% reduction in our carbon footprint by 2020, we selected Paragon’s routing software to help reduce the mileage and time spent by drivers collecting books from 4,300 charity shops spread across the UK.

“The initial results have been extremely positive – representing an average reduction of 13 miles for each tonne of product collected – and we anticipate greater improvements as it becomes embedded within our operational processes.

“We had previously focused on filling each vehicle in the smallest geographic space – assuming this would create the most efficient plans – but we now understand that routes are best optimised when based on the least time and mileage involved.

“Opening more local depots will help us build on this success and get a step closer to achieving our ambitious targets.”