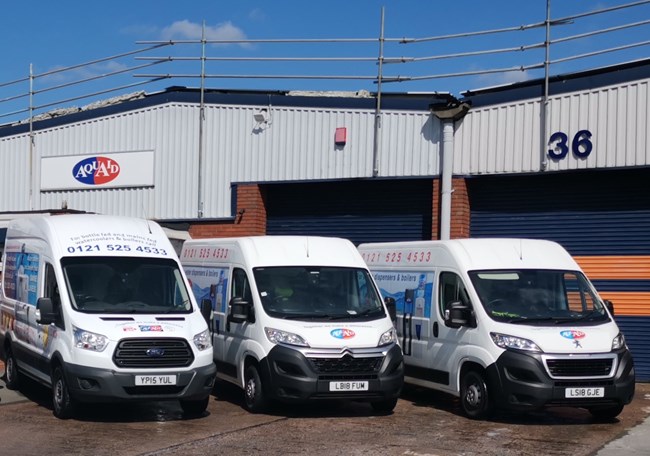 AquAid, which has so far installed Lightfoot in just under half the vans in its 48 van fleet, is also said to have seen over-acceleration reduced by 83%, severe braking down by 40%, and harsh cornering down by 38%, in addition to a 9% reduction in idling and a 15% reduction in emissions, all thanks to the system’s real-time in-cab driver feedback and rewards package.

AquAid operations director Michael O’Donoghue said: “Having had tracker systems fitted for many years, we noticed the driving style rarely improved across the fleet, no matter what incentive we gave the delivery staff.

“Poor driving leads to additional money spent on brakes, brake discs and other vehicle parts. Add in the cost of down-time when a vehicle is off the road, the cost of hiring a vehicle and insuring it, plus the administration of organising this, and Lightfoot’s driver focussed solution was a no brainer.”

O’Donoghue said he had initially though drivers might resist having an in-cab device, but said in fact they were fully on-board.

He added: “Now, drivers actively take pride in their results, striving to be at the top of our inter-office leagues, which show the performance of our drivers weekly, while unlocking competitions to win prizes that reward their smoother driving style.”