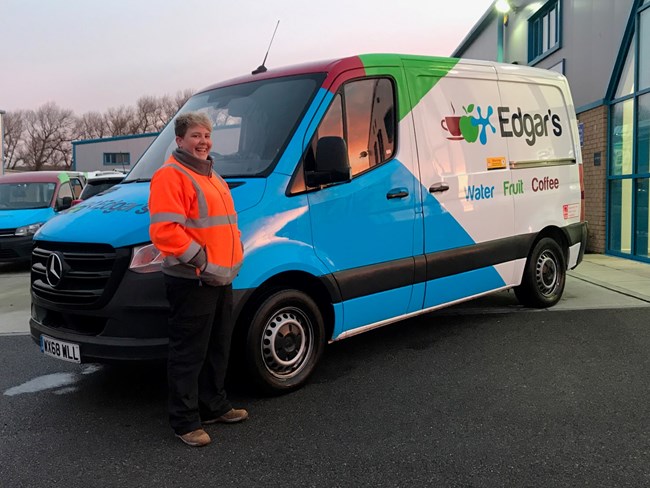 Its fleet now spends 4% less time idling, achieves 6.3% better mpg and its drivers have a safer driving style, it says.

Lightfoot’s in-cab device uses live engine data to provide the driver with immediate feedback about their efficiency and safety performance, offering them rewards for a good score. Drivers also get an app that gives them detailed feedback on their driving.

Josh Burgess, group distribution manager at Edgars Water, said: “Running a fleet of over 60 vehicles has its challenges. Keeping track of drivers is the simple element. Tracking and changing driver behaviour is where the serious management of our fleet takes place, and that’s where Lightfoot has been transformational.

“Thanks to Lightfoot, our drivers can see the positive change in their driver behaviour through the on-board assistance and verbal feedback that the device provides, including end of journey scores. Our next step is to install Lightfoot into the remainder of the broader Edgars fleet, bringing the total number of vehicles fitted with the in-cab device to in excess of 75.”