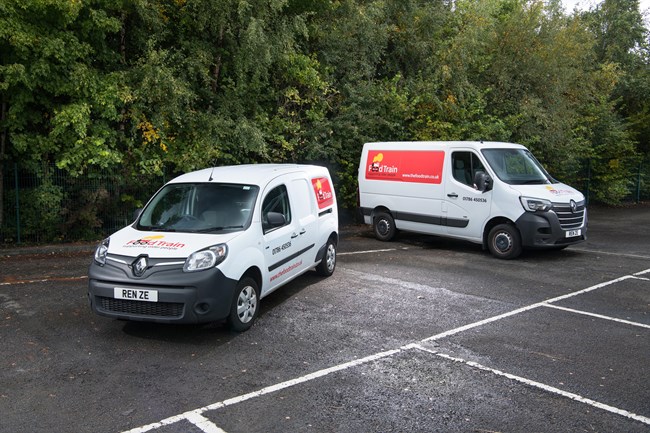 A charity which delivers food to older people in Scotland has taken delivery of nine new electric Renault vans.

The vans have been funded through the SP Energy Networks Green Economy Fund, which is administered by the Energy Saving Trust.

As well as being Food Train’s first electric vans, they are also its first brand new vans, with several replacing aging diesel vehicles.

The Renaults are said to have been chosen over other electric vans for their availability and amount of load space, and they charity says they will allow its funds to go further due to reduced fuel and maintenance costs.

Food Train CEO Michelle Carruthers said: “We are delighted that our new vans are allowing us to operate in a more environmentally friendly way and support the Scottish Government’s climate change and air quality targets.

“However, even without the environmental benefits they make sense for us operationally. They take the constant stopping and starting during our rounds in their stride and the Masters swallow the delivery boxes with room to spare, while the Kangoo has more than enough space for a full delivery.

“For most of our volunteers, most of whom are retired, the Renault Z.E. vans are their first experience of driving and charging an electric vehicle. Some were a little wary at first, but feedback has been great, and they really enjoy the relaxed drive and comfort, with some also going so far as to explore the benefits of the regenerative braking system.”